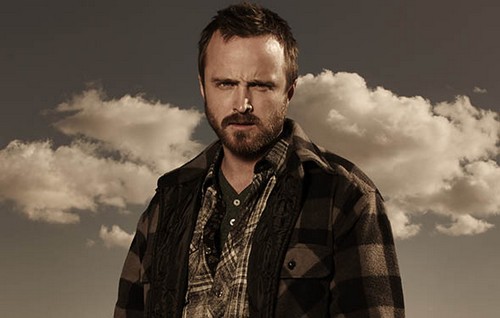 The season finale of Breaking Bad aired last night and made the Internet cry. No seriously, it actually made the Internet cry. So now that Breaking Bad is done with, what’s next? We know Saul Goodman’s character is looking at a spin-off, but wouldn’t it make much more sense to center a spin-off around Jesse Pinkman? It’s more compelling, and it will draw in the fans of the show much more than Better Call Saul would.

However, you know why a show revolving around Jesse Pinkman will never happen, despite the fact that he [SPOILERS] survived when Walter White did not? Because Aaron Paul is making his attempt at A-list movie stardom now. He’s already shot his first major post-Breaking Bad role, as the lead in Dreamworks’ Need for Speed. Dreamworks isn’t some independent studio, and Need For Speed is based on a major, bestselling video game. The first trailer for the film released last week, no doubt capitalizing on the hysteria caused by the end of Breaking Bad, and it received surprisingly strong reactions. So far, we don’t have a great history of turning video games or board games into films, but the trailer for Need For Speed looked stylish, emotional, and very exciting.

In addition to Need for Speed, Aaron also has a major supporting role in Exodus, which will star Christian Bale as Moses and is considered to be a huge historical epic. With such massive productions in the works, why would Aaron return to television? It’s not to say he doesn’t appreciate his time on the show – it’s given him so many fans and opportunities. But just like Jesse, it’s time for Aaron to move on.

So sorry, Jesse Pinkman fans. I guess you’ll just have to live with the satisfaction that your hero survived. As Jesse would say, see you later bitch.