Britney Spears Is An Animal Hoarder? 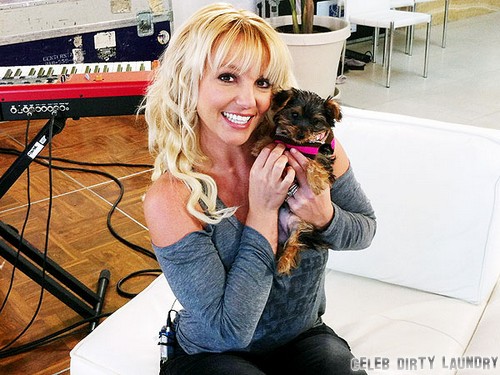 Pop singer Britney Spears might be crazy, but according to the latest issue of the National Enquirer, she is also an animal hoarder. Who knew?

Even though there are photos of Britney with some guy floating around, the tabloid suggests that Britney is so distraught over her breakup with Jason Trawick that she’s filling the emotional void with pets! Stranger things have happened, no?

A source said, “Britney goes on pet shopping sprees when she feels like her life is spiraling out of control. The problem is that when she gets a new animal, she doesn’t do anything to take care of it and just passes the responsibility over to her house staff.”

In early February, Britney – mom of sons Sean and Jayden — picked up the latest addition to her animal menagerie – a fluffy little ball of white fur she calls Lacy Loo. Her “new baby” joins Yorkies Hannah and London, Chihuahuas Bit Bit and Lucky, and a parakeet.

But, already, Lacy Loo needed an emergency run to the vet’s office on Feb. 18. “Britney hadn’t had the new puppy two weeks before it broke its leg roughhousing with the kids,” explained the source.

And now, the “Toxic” singer, 31, has plans to acquire even more four-legged friends, a prospect that has left her staff “cringing,” according to the source.

Are you buying into any of this? Do you think that Britney Spears is really hoarding animals because of her breakup with Jason Trawick? Or are you of the mind that the Enquirer is just making stuff up at this point? Hit the comments and let us know your thoughts!