Britney Spears Crazy, In Trouble, and Requires Help: Is She Headed Back to the Mental Ward? 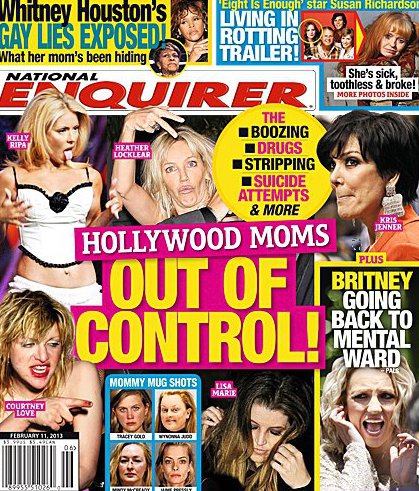 Britney Spears left the X-Factor after giving a mediocre judging performance on one of television’s most popular singing competitions. Not long after that she broke up with Jason Trawick, who she was supposed to be marrying not too far down the road. So what is Britney’s deal? Is there something more going on behind the scenes that people aren’t aware of? Is Britney Spears quickly reverting back to her old ways and on the way back to rehab?

The answer is . . . . Who knows! Britney Spears is such a delicate flower that it’s hard to tell for sure where exactly she’s at in life. The current issue of the Enquirer states that Britney is in fact headed back to the hospital to receive psychiatric treatment. Now that she’s in talks with Las Vegas for a sparkly contract gig, a stint back in the hospital might put an unwanted damper on things.

We really hate to see poor ol’ Britney’s sanity used as an enticing factor to get people to buy magazines, but the truth of the matter is people love hearing about Britney — but more importantly, they love hearing about her breakdowns. Because so many years ago that is what she was known for. Once she got a handle on her mental issues, she faded away for a while, then she came back. Britney, while always in the public eye, is a mysterious creature — and we hope, if she is having issues, that she seeks the help she requires.

Also in this edition of the tabloid is a special series on HOLLYWOOD MOMS OUT OF CONTROL. Well, that doesn’t seem too outrageous, does it? Kelly Ripa, Heather Locklear, Kris Jenner, and Lisa Marie are a few of the cray-crazy mamas featured. Kris Jenner definitely deserves to make the list. Other headlines in the current issue: “Whitney Houston’s Gay Lies Exposed” and “Susan Richardson Living in Rotting Trailer!”

Make sure to pick up a copy of the sparkly new issue and leave your thoughts in the comments below.