Britney Spears Quits X-Factor: Was She Forced to Resign? 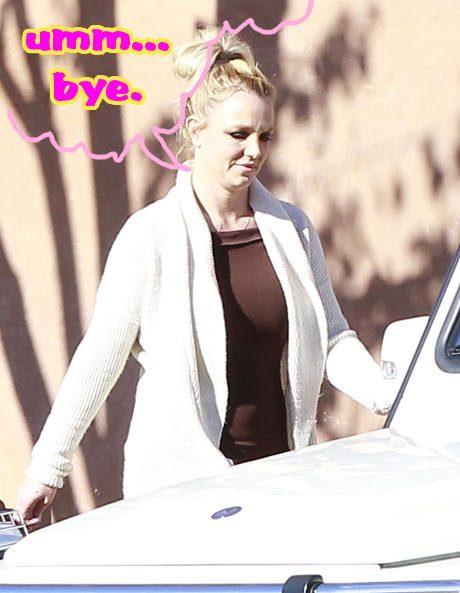 Well, it’s happened folks. Britney Spears has officially quit the X Factor. Recently, the president of FOX came out saying that she did a great job on the show and that she definitely would be receiving an invitation to return for the next season, but it appears as if Britney isn’t looking for an invitation of any kind. Because she’s had enough!

Now, it’s hard to say whether or not she was “encouraged” to quit, but Britney is sticking by the fact that she wants to focus on her own work, primarily her music. We all know she received a whopping $15 million to sit, smile, nod, and tell everyone they’re beautiful (sometimes not so beautiful), so do you really think she’d walk away with that much sitting on the table? Most people wouldn’t. But. She’s Britney Spears, and Britney Spears does what she wants.

According to TMZ, who first broke the news, she wants to work hard on a new album and dedicate all of her attention to that endeavor: “We have unimpeachable sources who tell us Britney loves the show but wants to focus on her music … which she is doing right now.  Britney is in the studio recording her 8th album, with some help from Will.i.am and producer Hit-Boy, the brains behind Kanye and Jay-Z‘s N***s in Paris.”

Apparently there are no hard feelings between any of the judges or executives. Allegedly, Britney loves Simon (but who doesn’t like that brutally honest Brit at least a little bit?), and a source confirms she has no trouble with Demi Lovato. Simply put, X Factor is all sunshines, rainbows, glitter, sparkles, and cupcakes. Everything is beautiful and fantastic, and on top of all that wonderfulness there was also $15 million dollars. But she quits. K bye. See ya. Gotta album to make.

We hope Brit Brit *truly* made this decision on her own. With people always working in the shadows of Hollywood, we have to wonder if she was swayed to one side and forced to resign to protect her image. After all, it looks a whole lot better in the media to say you “quit” than to say you were “fired.” Perhaps the show let her make that decision.