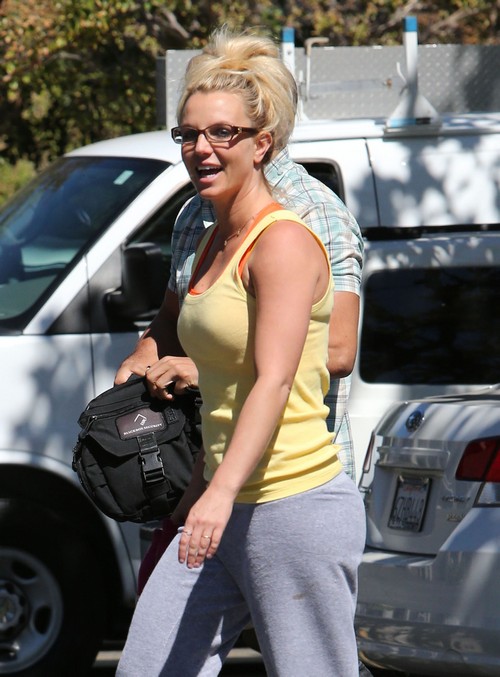 Britney Spears is in the news again, and it’s not for a good reason. While promoting her new album, she did a radio interview with the Roula and Ryan show in Houston, Texas. Unfortunately, the ‘interview’ didn’t exactly go as planned, largely because it was less of an interview and more of several long, awkward pauses.

Apparently, the hosts claimed that their five minute segments with Britney didn’t exactly go as planned, largely because she was unresponsive and refused to play by the rules set by Spears’ team. Ok, while I understand they wanted to go off-book and ask Britney whatever they wanted, if they agree to do something, they should do it – that’s just how interviews work. Secondly, if it was anybody else, it might have made more sense – but it’s Britney Spears. She has a history of mental illness and she was probably medicated; there’s a reason her reps set such strict ground rules for the actual interview.

Not only that, but the hosts refused to let it go at that. Because they violated the code of conduct and then Britney refused to answer a bunch of [probably] intrusive questions, they made fun of her lack of spontaneity after ‘fifteen years in the business’ and they also claimed that this interview left fans of the Britney so ‘disappointed‘.

In the end, they can say whatever they want, but since the segment never made it on air, it doesn’t even count. We can’t judge who was at fault without hearing the interview in its entirety. And in this particular promotional push, Britney also had another interview with another radio station in Houston, which also made fun of her interview. Again, do these people not understand that she’s medicated and that’s practically the only reason she was even allowed out of the house? Yes, she’s a celebrity, but she’s also never been comfortable with promotion, and they should have known that after seeing any of her past interviews.

What do you guys think? Was it the fault of Britney, her team, or the interviewers? Let us know your thoughts in the comments.