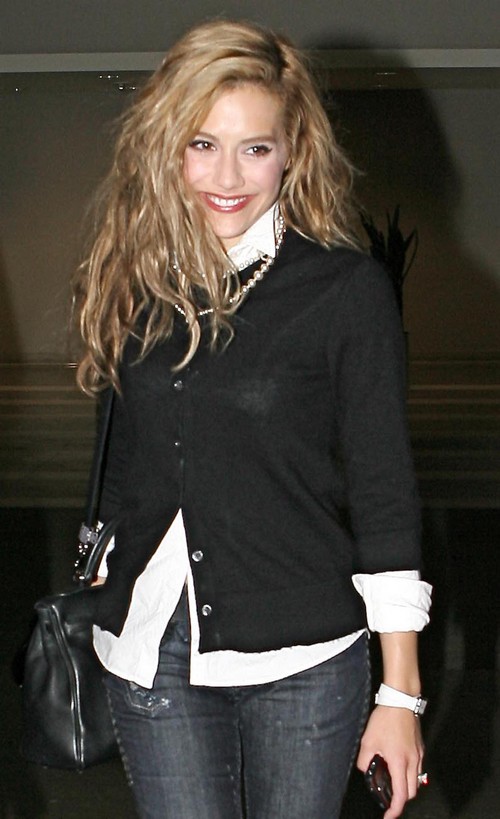 Well, this is certainly a conundrum. Brittany Murphy’s father ended up working very hard to collect the right materials to send samples for an independent toxicology study regarding his daughter’s death. It looked like his hard work paid off when the results came back positive for traces of poison. However, the Los Angeles Coroner is sticking by their claim that Brittany died from complications from anemia and pneumonia.

A rep for the coroner stated, “We have not seen the results and nothing has been presented to us. We stand by what we ruled on the case.” The initial report found traces of medicine linking Brittany’s death to complications from a respiratory infection, pneumonia, and multiple drug intoxication. The report stated, “Multiple medications were present in the blood, with elevated levels of hydrocodone, acetaminophen, and chlorpheniramine. L-methamphetamine was also present. The pattern of use of these medications suggest treatment of symptoms of a cold or other respiratory infection. Acetaminophen and hydrocodone are components of Vicodin. Chlorpheniramine is the active ingredient in some over-the-counter medications. L-methamphetamine is a component of some inhalers.”

Unfortunately, it doesn’t look like either the LAPD or the Coroner’s office are all that interested in re-visiting the case, despite the results of the independent toxicology study. Unfortunately, while they were wrong to close the case without being thorough, I can see their point. Right now, if Brittany was murdered, it will be next to impossible to prove it. Yes, there are traces of poison in her system – but it’s been years since her death. Any evidence that might have led to her killer, or even more evidence regarding her death, cannot be acquired. Her poor father will probably not give up just yet, but it’s unlikely that it will do any good in the long run.