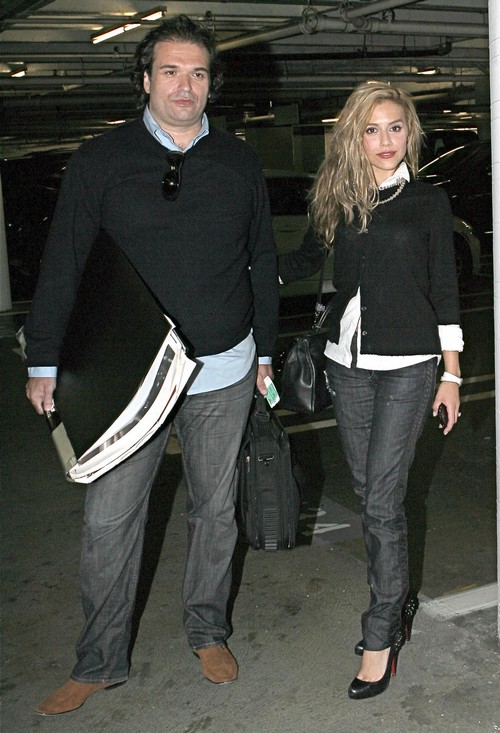 Was actress Brittany Murphy murdered? A new toxicology report suggests she may have been. Murphy’s father, Angelo Bertolotti, crusaded his own investigation into Brittany’s untimely demise and announced her death was the result of, “possible poisoning by a third party perpetrator with likely criminal intent.”

According to The Examiner, Bertolotti obtained samples of Brittany’s hair, blood, and tissues, then had them tested for, “heavy metals and toxins.” The Carlson Company in Colorado performed the tests and said, “Ten (10) of the heavy metals evaluated were detected at levels higher than the WHO [World Heath Organization] high levels. Testing the hair strand sample identified as “back of the head,” we have detected ten (10) heavy metals at levels above the WHO high levels recommendation. If we were to eliminated the possibility of a simultaneous accidental heavy metals exposure to the sample donor then the only logical explanation would be an exposure to these metals (toxins) administered by a third party perpetrator with likely criminal intent.”

Angelo Bertolotti had to sue the Los Angeles County Coroner’s office for his daughter’s physical samples and stated, “I will not rest until the truth about these tragic events is told. There will be justice for Brittany.” He also stated she was not addicted to drugs, nor was she anorexic as the tabloids reported, and spoke of how Brittany and her husband, Simon Monjack were not taken seriously when they said they were in fear of their lives and were living under surveillance.

According to The Examiner: “Heavy metals can be commonly found in rodenticides (chemicals that kill mice or rats) and insecticides. Symptoms of acute heavy metal poisoning in humans can include headache, dizziness, gastrointestinal, neurological, respiratory, or dermal symptoms such as abdominal cramps, tremors, tachycardia, sweating, disorientation, coughing, wheezing, congestion, and pneumonia. Brittany Murphy and Simon Monjack exhibited all of these symptoms prior to their untimely deaths. The levels of heavy metals detected in Brittany Murphy’s hair were from 2 to over 9 times higher than the levels set as “high” by The World Health Organization.”

Here comes the question: Who would kill both Brittany Murphy and her husband, who died five months, almost to the day after Brittany’s death, of the same exact causes? Speculation points to Brittany’s mother Sharon who was supposedly sharing a bed with Simon after Brittany’s passing.

Sharon, as you may recall, launched her own investigation saying toxic mold killed both Brittany and Simon, accepted a $600,000 settlement, and sold the home in 2010. The coroner said toxic mold was not to blame, however, the coroner also said both Murphy and Monjack died of “natural causes.”

I don’t want to point fingers at Sharon Murphy, but who else would have such easy access to both deceased parties? Did they have a butler? Maybe the butler did it.

Who do you think off-ed the happy couple? Please post your suggestions below.