Brooke Mueller Tests Positive For Amphetamines: Adderall Use But Still Gets de facto Custody Of Twins! 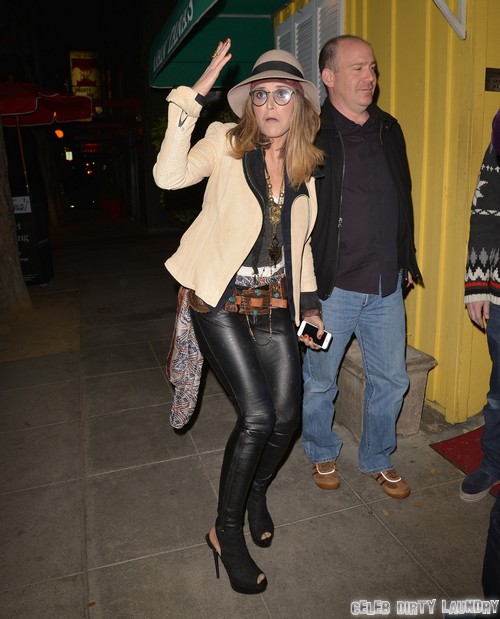 Radar Online reports that Brooke Mueller has tested positive for Adderall which is 100% an amphetamine, the drug that sent her into rehab in the first place. The whole reason that Brooke’s brother ever got full custody of her children and permission to live with her is because Brooke claimed she has been sober for the past seven months. But, it turns out she was lying – surprise, surprise.

But what does this really mean? Will she have to give up de facto custody of the kids? Will her brother have to move away? It turns out, none of the above. For some ridiculous reason that remains alien to me, the court system in California has not yet decided to act on this little bit of information, allowing a not-sober junkie mother to raise her two children, both of whom are already mentally and physically compromised with possible health issues.

A source tells Radar, “[Brooke] tested positive for amphetamines under the court ordered drug tests she is required to take. However, the hair follicle test revealed that the positive result was from the Adderall that she takes for ADHD and has a prescription for. There is no indication that she is abusing crystal methamphetamine, as she has done in the past.”

The source does make a very good point when adding, “If Brooke was truly serious about her sobriety, you would have to think that she wouldn’t be taking Adderall. Someone with her extensive addiction to crystal meth can be treated with another class of prescription drugs that aren’t amphetamine based.”

Of course, Charlie Sheen isn’t taking lightly to the fact that his two children are now in the hands of a ‘former’ drug addict, who’s not even completely sober or sufficiently competent to raise his children. He wrote in a Twitter rant, “So lemme see if I got this straight … my twin boys are now in harm’s way and in grave danger, being ‘raised’ by a gaggle of incompetent and lascivious marionettes all ruled and fooled by an Adderall snorting husk called Brooke. And guess what CPS and ‘I’m Italian’ judge anus-brain, you may have gagged me temporarily, but mark my unspoken words, anything happens to my boys, and you will get to know me, know who I truly am, a loving father.”

Well, that’s a pretty vivid threat, but I think he needs to realize that the whole reason the custody situation has degenerated into this mess is because of his inability to take care of the children in the first place. Yes, his ex-wife and mother of his children is a drug addict, and crazy to boot. But is he so much better? If he’s such a ‘loving father’, why doesn’t he get himself together and fight for custody, and prove that he deserves it??

Regardless, the kids are screwed whichever way you look at it. It was always an idiotic move to let the kids move back in with their mother and give her such control over their lives, and that’s when everyone assumed that she was actually several months sober. Now that it turns out that she’s not even actually sober, how much longer is it going to take for her to go back to smoking meth every other day? And then what will happen to the kids?

What do you guys think? Do you think Brooke should retain custody of her kids, even though the results show that she’s back to taking Adderall? Let us know your thoughts in the comments. 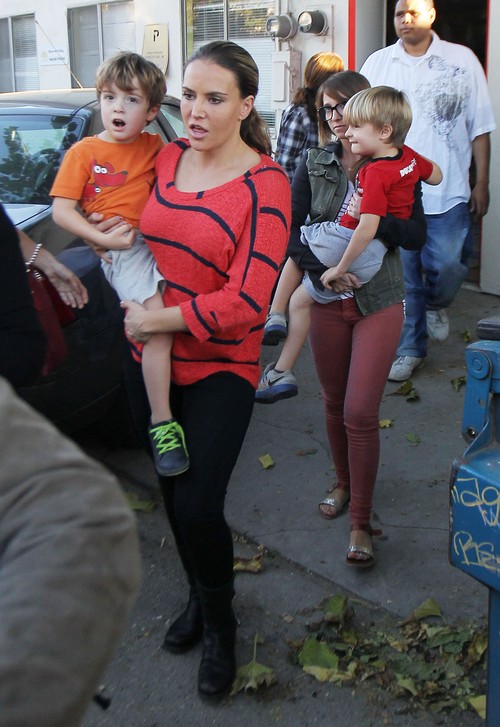