Bruno Mars To Perform At 2014 Super Bowl Halftime Show: Did The NFL Make The Right Choice? 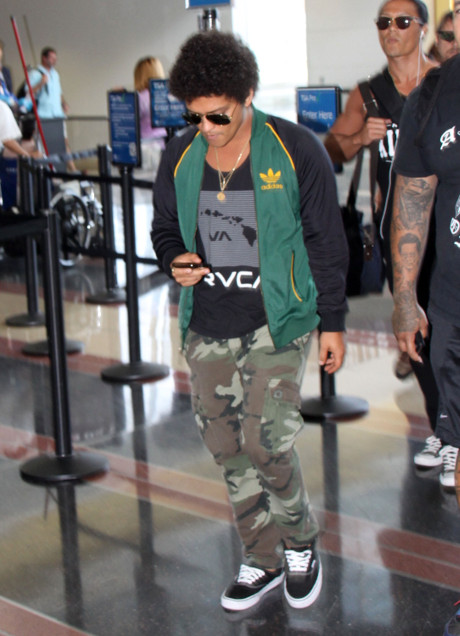 On September 9th, Pepsi and the NFL announced the halftime performer for the 2014 Super Bowl half time show. They picked Grammy winning singer Bruno Mars. The “Just the Way You Are” singer also made the announcement on Twitter. Super Bowl XLVIII will be played at MetLife Stadium in East Rutherford, N.J. on February 2.

Bruno (real name Peter Gene Hernandez) is a different type of performer than previous Super Bowl half time acts. He is not the classic Rock and Roll of Aerosmith or the Rap powerhouse Jay-Z. Bruno’s mix of pop and R&B is a more tame sound.

There is mixed reaction to Hawaiian born Bruno being chosen for the half time show. He is a very popular entertainer, selling 10 million albums worldwide. His high-energy show is sure to get the crowd on its feet and singing along. Bruno fan Eric Bishop told New York Daily News “I have no problem with it. He’s at the top of the charts. He’s very good.”

Not everyone feels Bruno is a good fit. The New York Daily News also published some negative reactions from locals. Joe Dowbenko said “Yuck! I just don’t affiliate Bruno Mars with football. He’s too sensitive.” Some football fans were hoping for a local act to be selected. Sandy Shelton told the paper “If the options are like Springsteen, Bon Jovi or Bruno Mars — I mean, Bruno Mars doesn’t have anything to do with New York.”

Do you think the NFL made the right choice?