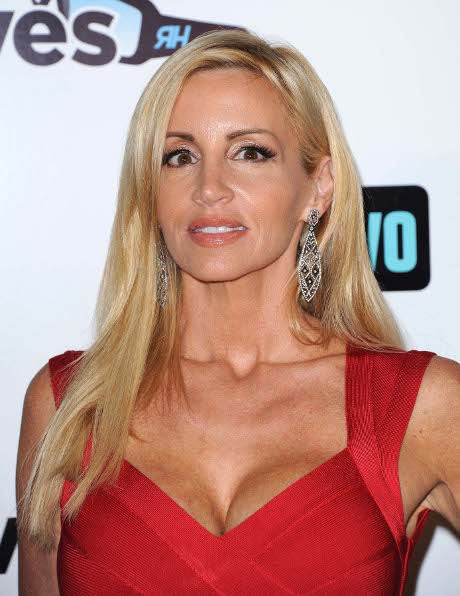 Camille Grammer of Real Housewives of Beverly Hills fame has decided to leave the show for good and not return for Season 4, or the reunion show where the ladies get together and trash talk one another. She told producers that she wasn’t even featured much on the popular show last season so she doesn’t feel the need to attend the reunion show — or grace RHOBH with her presence any longer. Perhaps she’s a little bitter that she wasn’t getting enough of the spotlight showered down upon her? Who knows, but regardless of the exact reason why, this is one housewife who won’t be coming back for more catfights.

An exclusive source for Radar Online says, “Camille has decided not to go to the reunion taping She wasn’t on the show that much during the past season and feels there really isn’t any need for to her to go. Camille has also told producers that she won’t be returning for the fourth season. She was so thankful for the opportunity to be on the show and made some great friends, but it’s just time now for her to move on.

“Camille has some very exciting projects in the works, and that’s what she wants to concentrate on. She wishes all of the ladies nothing but the best though and will definitely be rooting for Lisa Vanderpump on Dancing with the Stars!”

Another housewife who might be down for the count is Adrienne Maloof, who recently experienced a relatively tabloid-heavy divorce. She’s unsure as to whether or not she wants to bring her situation and her past back onto a show where she would, more than likely, be openly attacked and criticized by Lisa Vanderpump and other RHOBH pals. She’s not thrilled about reliving her divorce over and over and over again, so it would make sense if she said adios as well.

Of all the Housewives shows, this one definitely generates a good dose of drama. But what Housewives drama do you find yourself most attached to? Let us know in the comments section below! What do you think . . . . Camille Grammer quits RHOBH? If You Want More Hot Celeb Dirty Laundry News Then Please Like Us On Facebook and Follow Us On Twitter!