Lisa Vanderpump: Dancing With The Stars Gig Turning Housewives Against Her! 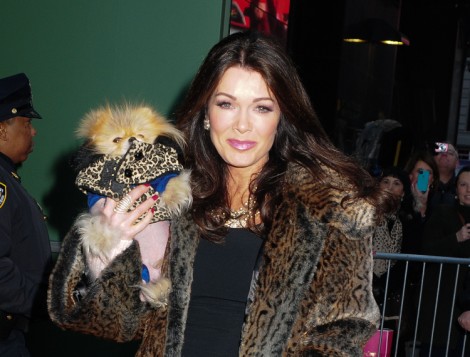 Is Lisa Vanderpump bored counting her money because I have no idea why she accepted a spot on the new season of Dancing with the Stars. What’s the point? She’s already filthy rich and in good shape so she doesn’t need the show to help her lose weight like Kirstie Alley likes to do. She’s uber successful with her restaurants and whatever else she does and she’s kept a respectability about her that is hard to maintain while being a member of the Real Housewives franchise. Why ruin all that now?

Oh, and she’s in danger of pissing off her fellow Housewives (that really shouldn’t be a concern I just wanted a nice transition).

But, according to Radar, it is true. Apparently there’s been a ban on the Bravo brand in the past so the other women were never too upset for never making it to the dance floor but now that Lisa has broken through they’re pissed for having been passed over. Here are the main culprits: Heather Dubrow from OC (snooze fest with pretentious, affected accent), Kim Richards from BH (too drunk/high all the time to be considered?), Gretchen Rossi from OC (the execs didn’t want to punish us by filming Slade in the front row); and Teresa Giudice from NJ. Now, I actually like the Teresa idea if only for the fact we’d probably catch Joe Giudice hitting on some of the dancers and find Milania running out on the floor to sabotage some other person’s performance.

So I can see now why Lisa was chosen first. She won’t embarrass the hell out of herself and the Housewives franchise with this appearance… too much. I doubt she can dance for shit but she is charming as all hell and if Ken shows up with Giggy in some Liberace-inspired ensemble then it will truly be all worth it. However, let’s talk about next season, since you know this crap is going to go on forever. Who would you like to see from the women above? My money’s on Teresa. She’ll be such a mess but her family will entertain me while she tries to spin and keep her boobs covered at the same time.