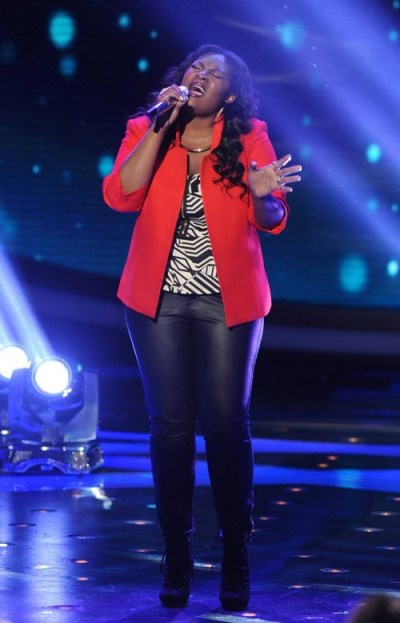 CANDICE GLOVER performed “You’ve Changed” by Harry James/Eva Cassidy for her Top 4 AMERICAN IDOL “THEN Song Choice” performance tonight. Did you watch tonight’s show? We did and we recapped it here for you. The stakes are high tonight, each of the remaining ladies wants to WOW the judges and the viewers at home, to land a coveted Top 3 spot!

On last week’s show Amber sang for the first round, “Find Your Love” by Drake. Nicki said, “her voice is amazing. She wishes she would’ve stuck to the melody. She has to find her market and doesn’t want her to get lost in the old-fashioned market.”   For the second round Amber sang, Samantha Sang’s song “Emotion”. Keith said, “her voice is beautiful and ever song choice. No one tonight has done a bare naked bones ballad that exposed their voice. Next week, pick a song that’s going to stand out from everyone else.”