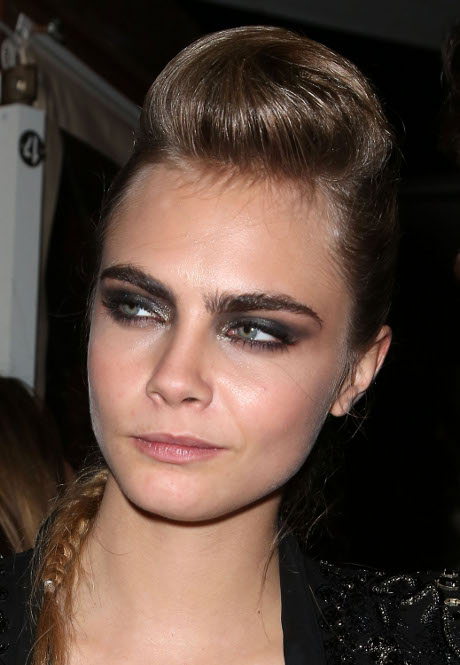 Not many people turn down Leonardo DiCaprio. The Leonardo DiCaprio ex-girlfriends list is pretty much a list of who’s who in the modeling world, and it’s akin to playing Where’s Waldo with some of the most beautiful women in the world. However, his charms apparently don’t work on everybody. The Huffington Post is reporting that everybody’s favorite BFF supermodel Cara Delevingne turned down Leo’s advances at a Cannes party.

The original report was from the Sun, whose source was at a Great Gatsby afterparty and supposedly saw it all go down in person. The source said, “Normally all Leo has to do is look at a girl and they fall at his feet. Though Cara was having none of it… He tried every trick in the book and apparently kept lunging for her but she kept dodging them… She thought he was too forward and too old.”

Ouch, that’s gotta hurt. I mean, it’s definitely true – a 38 year old man chasing after 20-something models is bordering on disgusting and creepy, but we all let it go because it’s Leo and this is just what he does. But if she really did turn him down because he was ‘too old’, that must have been a blow to his ego. I mean, this is the guy who dated Bar Refaeli and Giselle Bundchen. Being turned down by someone a lot less famous and a lot less attractive than Bar and Giselle probably didn’t go over so well with him. Then again, he has a million other girls just waiting to drop into his lap at the flick of a finger, so I doubt he was too upset, if he was even upset at all.