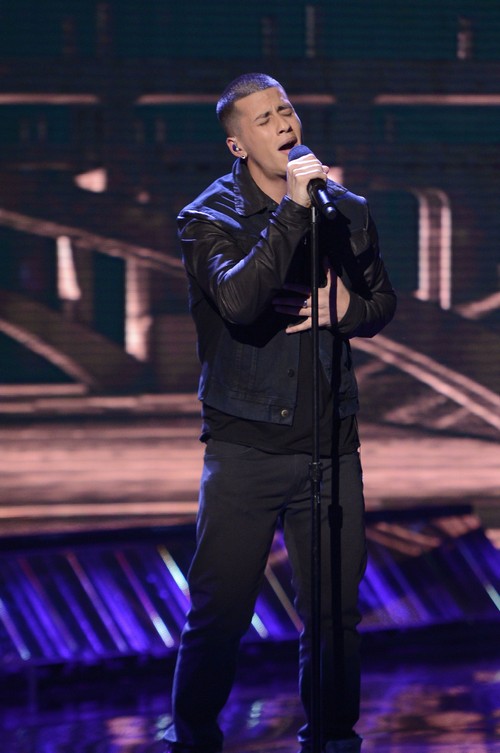 Carlito Oliverao took the stage  on THE X FACTOR USA for his Top 10 live performance and British Invasion Night.  Carlito Oliverao sang “(I Can’t Get No) Satisfaction” by Mick Jagger & The Rolling Stones. On tonight’s show the top 10 performed live in front of coaches Simon Cowell, Kelly Rowland, Demi Lovato and Paulina Rubio for America’s vote and to make it to the coveted “Top 8.”  Did you watch tonight’s performance show? We did and we recapped it here for you.

Judges’ comments:  Kelly said, “I will start by saying that will definitely a step up from last week.  I will be honest I still feel there is something missing, because I really like you.  I think you have a star quality.”  Demi said, “I have to agree with Kelly, I think the end was on fire and it got crazy when you were dancing.  You have to embrace that more.  Embrace the talent that you have.”  Simon said, “I think the Spanish part is what makes you unique.  What I like about you, you are a man and you come back fighting.  I hope the public keeps you in.”  Paulina said, “I think your did terrific, we are getting there.  I miss your smile.  Great job!”