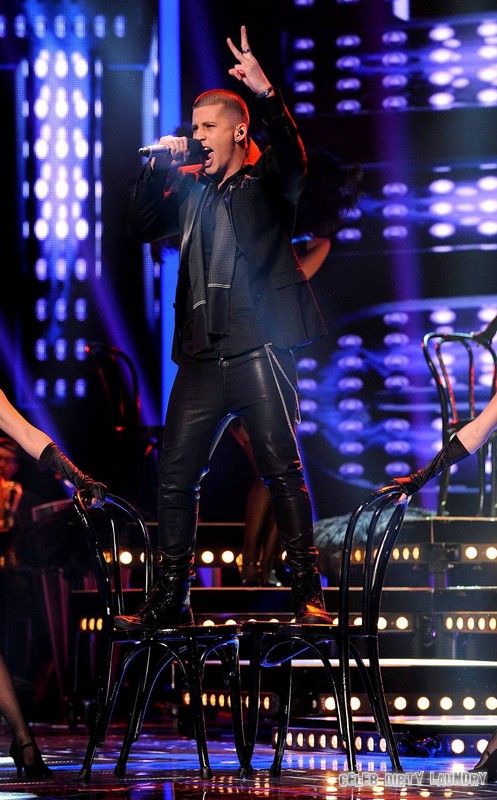 Carlito Olivero took the stage  on THE X FACTOR USA for his Top 4 Semi-final live performance for a song he chose to impress.  From team Paulina Rubina, Carlito Olivero sang “I Need to Know”  by Marc Anthony. On tonight’s show the top 4 performed live in front of coaches Simon Cowell, Kelly Rowland, Demi Lovato and Paulina Rubio for America’s vote and to make it to the coveted “Top 3 Finale.”  Did you watch tonight’s performance show? We did and we recapped it here for you.

Judges’ comments: “Kelly said that he is not playing tonight whatsoever; he brought out all of his weapons and is doing all the right things. Demi says that his vocals sound great and complicated him in Spanish. Simon said that it was kind of like a magic act and a singing act; he believed the song was perfect for him. He without a doubt had his best week so far. Paulina says that he has slowly been winning the hearts of America tonight; he is in the competition.”

On last week’s show Carlito Olivero performed “Let’s Get Loud”  by Jennifer Lopez and the judges had this to say about it, “Kelly says that he kind of fell flat for her this week; Demi says last week was hard to top and feels like he didn’t do it this time and wanted him to flirt more with the girls. Simon says that he thinks they have been unfair with him; he knows how much pressure it must be on him to have a song switch with 24 hours left. – If you want to see Carlito Olivero make it another week, you have to vote for him.”