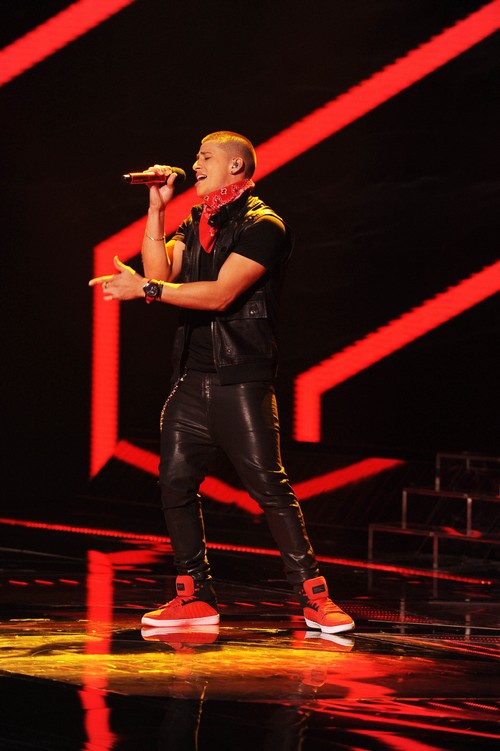 Carlito Olivero took the stage tonight on THE X FACTOR USA for the first of the live performance shows. Carlito sang “Stop In the Name Of Love” by The Supremes. Carlito is on Paulina Rubio’s boys team and they decided to sing this song for his Motown choice. On tonight’s show the top 12 performed live in front of coaches Simon Cowell, Kelly Rowland, Demi Lovato and Paulina Rubio for America’s vote and to make it another week. Did you watch tonight’s performance show? We did and we recapped it here for you.

Judges comments: Kelly says she loves how he pours all of himself into the song; she felt him get a little peachy but liked it none the less. Simon says it reminded him of a dream he had last night; it wasn’t as good as last week and felt it was over theatrical and that he is better than that. Paulina says that he did good but believes that Simon was kind of right.