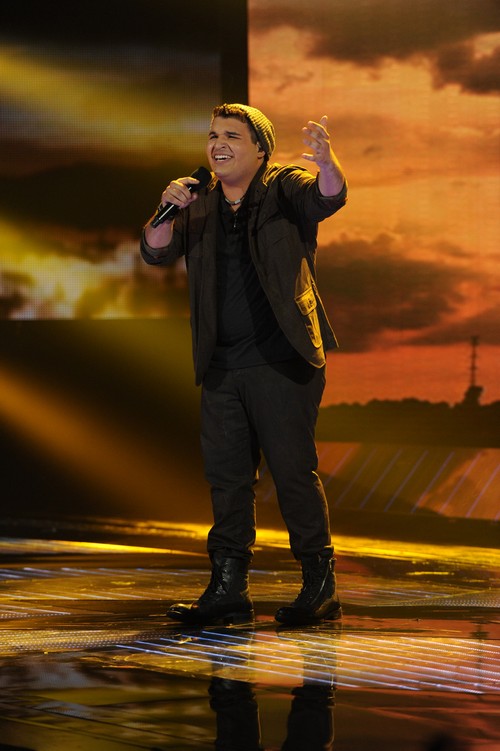 Carlos Guevara took the stage tonight on THE X FACTOR USA for the first of the live performance shows. Carlos sang “What’s Goin On” by Marvin Gaye.  Carlos is on Paulina Rubio’s boys team and they decided to sing this song for him Motown choice. On tonight’s show the top 12 performed live in front of coaches Simon Cowell, Kelly Rowland, Demi Lovato and Paulina Rubio for America’s vote and to make it another week. Did you watch tonight’s performance show? We did and we recapped it here for you.

Judges comments: Kelly says it’s one of her favorite song and honestly thought it was a cool choice for his voice but felt he could have done better or a different song; though she still loves his voice. Simon says that Carlos is kind of lurking around the stage and looking at the floor too much; he believes it was quite good but felt he could be much more. Paulina says that he is giving more and more without thinking about his problems; she believes he did great.

Carlos Guevara suffers from Tourette’s Syndrome, but he doesn’t let the condition hold him back from achieving his dream. If you want to see Carlos Guevara make it another week, you have to vote for him.