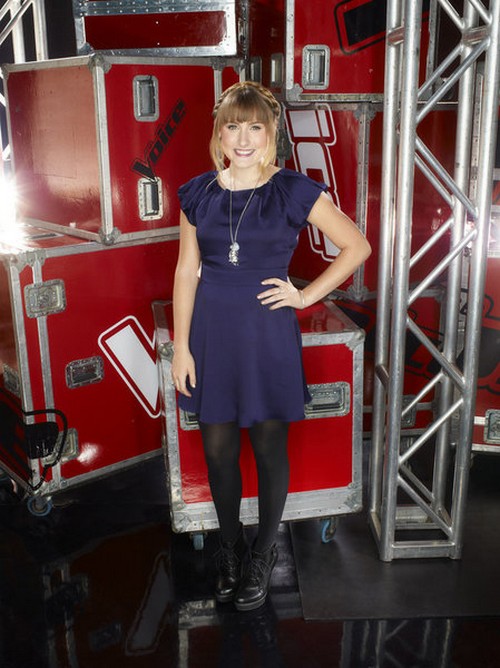 Caroline Pennell took the stage tonight on THE VOICE for her Top 10 video performance.  Caroline Pennell sang “Leaving On A Jet Plane” by John Denver.  Tonight’s show the remaining artists from each coach, Christina Aguilera, Adam Levine, CeeLo Green and Blake Shelton team performed live for America’s vote and the chance to move on to the Top 8.

Judges Comments: CeeLo says that it was so nice; she really puts a smile on his face with her performances and he supports her so much. He is pleased about letting her choose her own song and losing herself to it; he really believes that she is consistent with her quality but felt the song at one point kind of felt like it might overpower her. Adam says that this was really great for him because he got to see her make a statement; he liked seeing her stay true to herself and felt that she is good at song choices.

On last week’s show Caroline sang “Wake Me Up” and the judges loved her performance.  The judges said this about his performance, “CeeLo says that she did wonderful and that he has nothing to say that would not be bias; he loves seeing her perform and he supports her so much. Blake loves her a lot as well and liked her doing something more up tempo; he believes she did a good job but the audience has the worst rhythim ever. Adam says that Caroline is great and there is a purity to what she does that he loves.”