Carrie Underwood Can’t Take the Criticism of Her Sound of Music Performance – Maybe She Should Take Acting Classes? 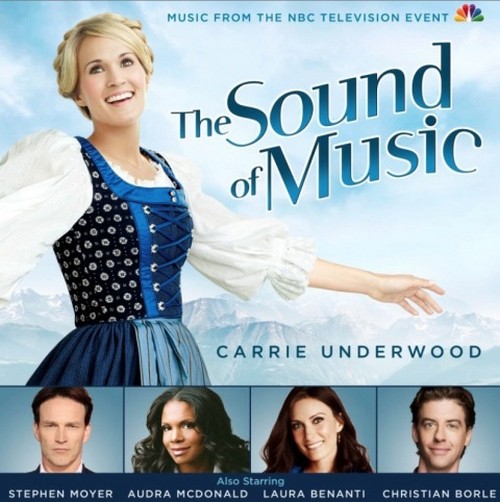 Why can’t we stop talking about the butchery known as the Sound of Music remake? Oh I remember now. It has to do with people still trying to pretend it was good. Like the star of the show, Carrie Underwood. She’s out and about believing her performance on the beloved Julie Andrews’ character was up to scratch. Sorry but no. And it isn’t only lonesome me that thinks so. Celebitchy has a great take on why the character was lacking.

“– the role of Maria requires a lot more than a decent voice. Maria is sweet, almost sugary. She so innocent she doesn’t even realize that she’s in love with the Captain, and she doesn’t realize that the Captain loves her as well. But the way Carrie played Maria… all of a sudden, Maria was a conniving, devious nun who couldn’t wait to take down the Baroness. It was terrible.”

I felt the same. Carrie is a newbie to the acting profession and this role ended up being too big rather than her breakthrough. It’s harsh but if you want to stay in the business you got to let the criticism slide right off. She didn’t. No, Carrie preferred inane confrontation to acting lady-like. She took to twitter and responded:  “Plain and simple: Mean people need Jesus. They will be in my prayers tonight…1 Peter 2:1-25.”

Wow! So we need Jesus because you couldn’t capture innocence and tried going with vamp. FYI no bible quotation is going to stump me. This girl went to 13 years of Catholic school and that little quote of yours which basically asks for neighbors not to judge each other also applies to the woman that grouped all her nay-sayers in as needing Jesus.

It’s not our fault you realized real acting is much harder than your little Hallmark movies.