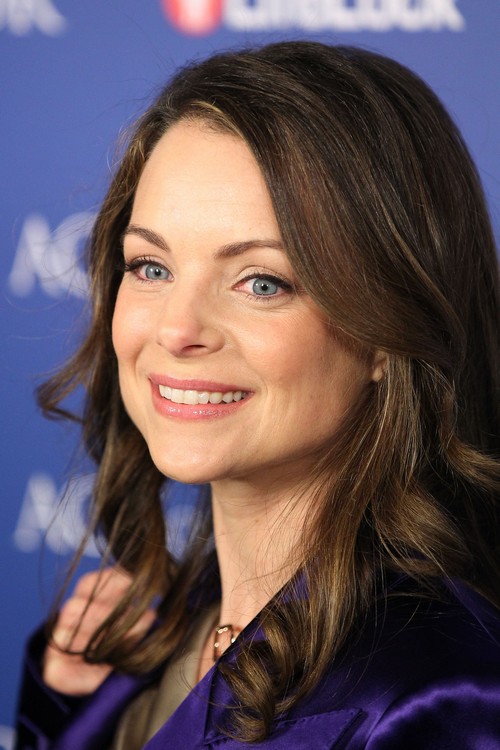 Rumors of a possible affair between country stars Carrie Underwood and Brad Paisley were circulating this past week, but Brad’s wife Kimberly Williams-Paisley has shut down the rumors.

Kimberly has been married to Brad since 2003, and explains that her marriage continues to be blissful. At an event in NYC, she was asked about the report [which originated in the National Enquirer], and replied (according to Hollywood Life), “Am I in the National Enquirer? You’re breaking it to me! Wow! I hope it helps our careers! That’s all I can say.”

She also added that despite rumors of the couple spending too much time apart, Brad did make time for his family. She explained, “We have family Sundays together. We spend as much time as we can. We’re very down-to-earth people. We come from good families, and we appreciate family.”

Eh. It’s the National Enquirer, which has a very low ratio of hits. When they get their exclusives, they get them big-time, but most of the time it seems like they’re throwing spaghetti at the wall and seeing what sticks. Not exactly dependable news.

Then again, I would not be surprised to learn that Carrie Underwood cheated on her husband, Mike Fisher, and ruined another man’s marriage [although it does go both ways]. This is Hollywood, and even the ‘nice’ celebrities usually have something hidden, and Carrie’s reputation precedes her. Also, even if the rumors are true, there’s a possibility that Kimberly either doesn’t care or doesn’t know. Many celebrity wives turn a blind eye to their husband’s infidelities, and vice versa. However, I’m calling BS on this one, only because it is the Enquirer and there is nothing to back up this rumor.