Carrie Underwood And Brad Paisley Had Affair and Cheated On Respective Partners? 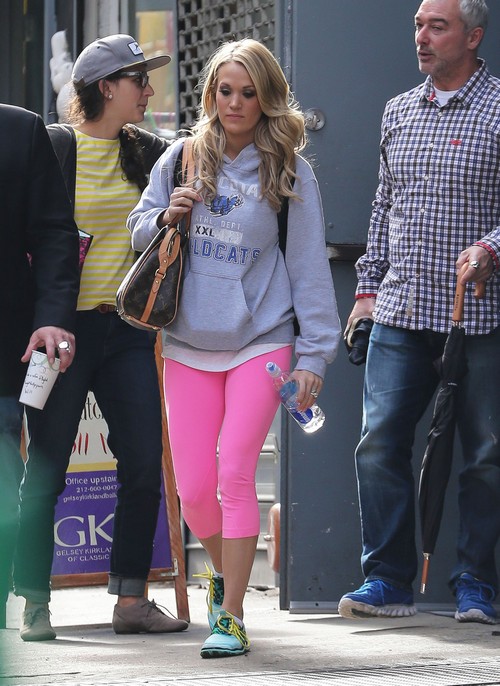 The latest issue of the National Enquirer is certainly a sight to behold, especially if you enjoy looking at mangled forms of bodies in their annual ‘Celebrity Body Disasters’ issue. However, they also have a report on Carrie Underwood and Brad Paisley, claiming that the two married stars may have had an affair with each other.

Dun, dun dun. It’s the National Enquirer so I would immediately take everything with a grain of salt, but could it be true? Carrie has been married to husband Mike Fisher since 2010, whereas Brad has been with his wife Kimberly Williams-Paisley since 2003. Both Carrie and Brad have been in committed long-term relationships with their respective spouses, but we know that doesn’t necessarily mean anything in Hollywood.

Brad and Carrie met when they began collaborating on music, and whatever else they may be, they’re certainly very close. The two had the crowds in stiches during the CMA Awards when they mocked President Obama’s Obamacare policy. Obviously, they understood their target audience and they went for it. And their chemistry shows.

But would either of them have cheated on their partners? The Enquirer never needs much to start rumors, and the laughing and flirting Carrie and Brad show enough possibility that it wouldn’t have been a stretch for the Enquirer to start a story on them. Then again, I feel like most of the Enquirer’s stories are formed when staff members play spin the wheel on various celebrities, and then write whatever they can think of on the spot.

As far as Enquirer stories go, this one isn’t as far fetched. We have no evidence and no backup, but it’s something to keep an eye on in the future.

What do you guys think? Are Brad and Carrie having an affair with each other? Let us know your thoughts in the comments.