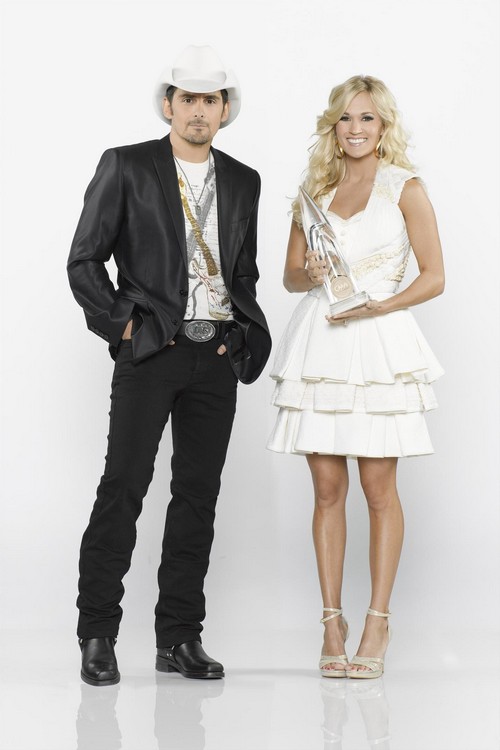 Tonight on ABC the The 47th Annual CMA Awards airs live from the Bridgestone Arena in Nashville.  The hosts for the evening’s activities are Country superstars Brad Paisley and Carrie Underwood. The CMA Awards nominees and winners are determined by more than 7,000 industry professional members of CMA, which was the first trade organization formed to promote an individual genre of music in 1958.

We will have all the winners of the show for you later this evening, but we already have some winners that were announced on Good Morning America this morning.  The first winners include for MUSIC EVENT OF THE YEAR: Tim McGraw, Taylor Swift and Keith Urban for their song “Highway Don’t Care.”  For MUSIC VIDEO OF THE YEAR: Time McGraw, Taylor Swift and Keith Urban for “Highway Don’t Care.”

The PINNACLE AWARD will be presented to Nashville’s own global sensation Taylor Swift.  The award is presented to the artist has also attained the highest degree of recognition within the broad expanse of music worldwide.  CMA President of the Board Ed Hardy said, “I’ve known Taylor since she was 16. She came to my office with her Mom to play her music and I was amazed. Taylor’s outstanding career epitomizes the definition of the Pinnacle Award.”

There will be some great duets tonight – two-time CMA Entertainer of the Year Taylor Swift will take the stage with Vince Gill and Alison Krauss. Other exciting collaborations on tap for the evening include CMA Awards nominees Zac Brown Band performing with Foo Fighters frontman Dave Grohl, and reigning CMA New Artist of the Year Hunter Hayes performing with Jason Mraz.

So don’t forget to come back to this spot this evening and we will have the full list of winners!  CDL will also be covering all the Red Carpet Arrival photos for your enjoyment.  The show airs on ABC between 8PM – 11PM EST and you don’t want to miss it!

Entertainer of the Year

Male Vocalist of the Year

Vocal Duo of the Year

Single of the Year

Album of the Year

Song of the Year

Female Vocalist of the Year

Vocal Group of the Year

New Artist of the Year