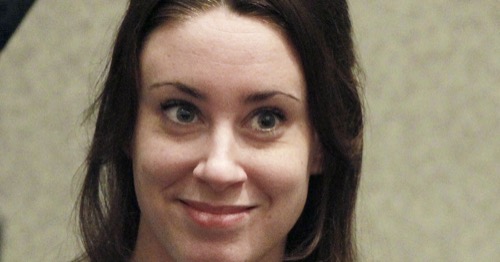 What is this world coming to when a woman that was on trial for MURDERING her daughter can get a new job? Yes, I know that old saying, innocent until proven guilty, but come on! Casey Anthony famously went to trial for the death and disappearance of her daughter Caylee and was found innocent of all charges but four counts of false information. A stupid jury, incompetent prosecution, bumbling police all led to murder mom walking away from a crime she certainly did commit.

Now with Anthony’s legal bills stacking up and her having to declare bankruptcy, there seems to be only one way out, a career in pornography. According to The Enquirer “Casey is flat broke with no way of repaying her debts,” says an insider. “She’ll never get a regular 9 to 5 job, and no legitimate book publisher or TV net­work will give her a deal for her story. Casey has already received offers from executives at various com­panies that stream porno and anonymously contacted women who have made this their career. Many of them are students and bored housewives, and they en­couraged her to go for it.”

If Anthony is so strapped for cash then what’s stopping her? She can go out and get a normal job!

Is it against her morals?  What do you think of Casey Anthony having a new career?