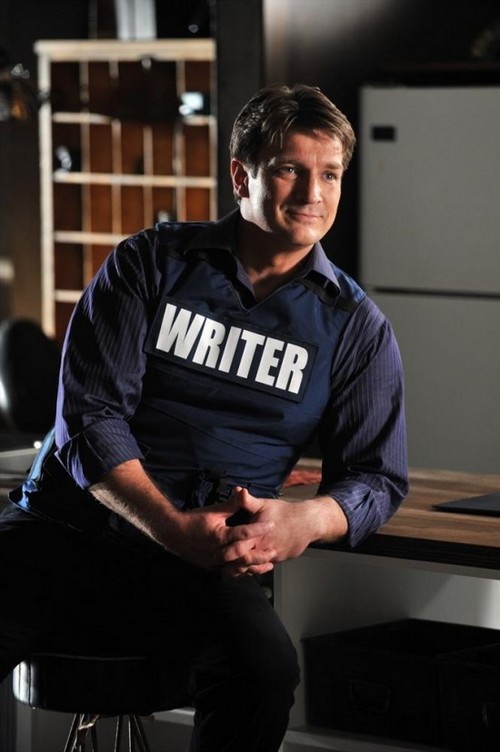 Tonight on ABC their hit crime drama CASTLE returns with a new episode called “Still.” On tonight’s when Beckett’s life is suddenly put in danger. Did you watch the last episode two weeks ago? We did and we recapped it here for you!

On the last episode when Beckett was assigned to protect Erik Vaughn, a billionaire entrepreneur whose colleague was murdered, she could not help but be charmed by his dashing genius. Meanwhile, consumed with jealousy, Castle did everything he can to solve the case to get Vaughn out of Beckett’s life.

On tonight’s show when Beckett’s life is suddenly put in danger, the team searches for a way to save her while Castle keeps her distracted by arguing with her about who fell for whom first.

Tonight’s episode is going to be great and you won’t want to miss it. So be sure to tune in for our live coverage of ABC’s Castle tonight at 10 PM EST! While you wait for our recap, hit the comments and let us know what your think of Castle season 5, so far?  Also check out a sneak peek of tonight’s episode below!

Castle is making some cappuccino for his lady love, Kate. She had a late night last night. Someone had blown up an apartment downtown. As of now, Kate, doesn’t have any leads. But before she could leave to go to work, Castle tries to convince to stay in bed. Where suddenly the conversation turns towards who was attracted to the other first. Castle swears it was Kate but she bluntly informs him that she originally though he was an ass. Their flirtatious mood is ruin after Kate gets a call about a lead.

Their primetime suspect has a history of making bombs. The cops and Castle bust into the man’s apartment only to find he fled. Luckily Kate can still spot him from the widow. The cops manage to corner the guy. However he presses what looks like a detonator before lowering the device onto the ground. Esposito demands to know what it is but the suspect remains silent as he put his hands behind his head. Fearful, Esposito radios Kate and Castle in order to warn them about a possible bomb still inside.

Just when Kate is telling everyone “Out, Now” she steps on something that gives a click noise. Castle hears that as well as Kate telling him she might be standing on a bomb. He’s waiting with her for bomb disposal team. He tries to downplay it by telling her it couldn’t possibly be a bomb. He even distracts her by asking her to the restaurant not far from wher there located. She plays along with him.

A guy from the bomb disposal team comes in and he reassure Castle that aren’t any other explosives. Kate did step on a bomb. She can’t move until they figure out how to disarm it.

In the squad room, the Captain tells Esposito and Ryan about the situation back at the apartment. In the meantime they are trying to figure out the bomber’s motive. They find out he has a vendetta against cops but they still try to talk him into helping to deactivate the bomb. The bomber doesn’t seem to care; he just wants a lawyer.

The bomb team are still trying to figure out a way when Castle asks can’t they do just do a switch. Like in Indiana Jones but both he and Kate are inform that bomb is too sensitive. The specialist they tries to convince Castle to leave with him not that his or Kate pleas work.

With just the two of them again, Castle tells her he’s going to be her bomb buddy. Somehow he brings the talk back to their relationship. He agrees to leave only if she admits she had feelings for him back when they first met. She admits she couldn’t stand him in the beginning. In am

Castle asks her if she supposedly couldn’t stand him when they first met then why couldn’t she have kept her hands off him. Kate calls this bluff only for Castle to remind her through another series of flashbacks about all the times she’s touched him. Like pulling his ear, grabbing him by the nose, or seeking comfort whenever they thought they might die.

The last when Kate immediately shoots down because they were going to freeze to death and she was huddling for warmth. Not that Castle, of course, saw it that way. It was just one more of unwanted touching in the workplace to him. Which doesn’t even compare to some things she said. Like when she teased him about the things she’s capable of or have done.

Kate tells him she can’t help it by the things he puts in her mouth. Castle simply adds the last statement to his pile of Kate. Kate calls him out now for being inappropriate. Including unwanted touching. Their banter is stalled nevertheless by the situation. Kate needs to know everything is going to be alright and Castle merely says yes.

One the floor below them, the bomb team finds out that the bomb has over a thousand possibilities and if they enter the wrong one then it detonates.

Esposito and Ryan are talking to the bomber’s lawyer. Apparently the bomber wants full amnesty despite having already having killed someone. If he doesn’t get it then he won’t help Kate. It doesn’t help that the lawyer left law school only ten months ago. They check and the Captain informs her detectives that the D.A. isn’t going for it. No one can risk a serial bomber for one person. The only problem is that bomber will not budge on amnesty.

Espostio tells Ryan to keep the lawyer busy, he’s going to see what he can do. Although when he does make it to the cell; he finds their bomber bleeding out. The lawyer had given his client a pen to write up his demands but there’s reason why suspects empty their pockets. The bomber died.

Everyone is wondering why the bomber took his own life when Ryan informs that the guy had brain cancer and was going to die anyway. The bombings were a way for him to take his enemies with him. He may kill a cop and he called someone in the apartment bomb. Still it’s looking like he wasn’t done just yet. The guy had set off an earlier bomb and he did tell Esposito that he wasn’t done. The Captain tells the guys to warn any other possible
victims.

Kate asks Castle to do something for her in case she doesn’t make it. But Castle refuses to go there. Instead he continues trying to distract her. She tells him that he was the one into her from the get go. No, he was just interested in being a cop. That’s why he was following her everywhere.
They call Esposito to get the answer to the eternal question of who was into whom first. Each try to imply it was the other and plead their case to Esposito. So much so they don’t even realize that Esposito isn’t even on the line anymore.

The squad learns something more about the bomb. It has a timer. Castle offers up himself to put on the Hurt Locker suit and tackle but the specialist mentions that if the bomb goes off its taking the building with it. Castle goes back into the apartment and tries to lie about what the specialist told him. Kate sees through it and gets the truth out of him.

Castle tells Kate they need to think about the bomber and his story. That’s how they solved many of their cases. Sometime though his story is really out there crazy. Working together they pinpoint the fact that the bomber wanted to lure a baseball collection enthusiast to the apartment. But no one not even the possible victim knows why.

Kate and Castle are running out of time when she tells him goodbye and that she love him.

Kate’s alone now in the apartment. She had rung her dad to tell him she loved him and now she’s making peace with dying. She’s waiting to die when Castle comes back with coffee. Before they could argue, Caste questions why the bomber set the explosive in the middle of his apartment and not at the door. Everyone pulls in their weight and are able to decipher what the bomber was trying to do all along. He was killing people after getting information on the whereabouts of his son, William.

Castle types in Billy, after an argument over Willy or Billy, into the detonator and it thankfully shuts off. Kate can’t thank Castle fully because her Captain arrived on the scene. In one of the biggest shockers of the episode, beside the bomb, is that the Captains knows bout Kate and Castle. But she’s keeping plausible deniability as long as they act professionally at the office. As of right now, Kate has the Captain approval to kiss Castle.

On next week’s promo, Kate is offered a job in Washing D.C. Is this the end of Beckett?