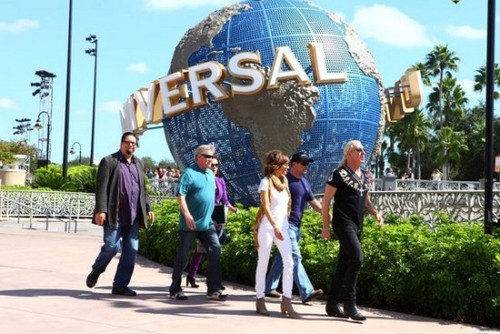 Tonight my favorite show THE CELEBRITY APPRENTICE returns with a whole new episode called, “Just A Simple As Making Soup.”  The teams jet to Universal Orlando Resort in Florida to produce an interactive 3-D photo experience, but an indecisive project manager and tyrannical leader mars the mission.  Did you watch last week’s episode?  We did and we recapped it here for you.

On last week’s show the 6th season of Celebrity Apprentice premiered.  Donald tasked 14 returning celebrities to create and sell meatballs in a fundraising competition for charity. One Project Manager took an unorthodox approach to the task and risked mission failure, while the other team immediately dealt with an internal power struggle.  On last week’s show Brett got sent home, much to my disappointment.  Donald did not get why Bret came back and to be chosen as a winner again? He was so baffled by it all and he did not know how he could pick him again. Because he was a winner before, BRET was FIRED.

One team risks a big loss when their Project Manager can’t commit to an idea, while the other team cowers in fear of their tyrannical leader. With two completely different approaches to the task, everything comes down to the preference of the Universal Executives. In the Boardroom, one team is declared the victor, and Mr. Trump sends another All-Star packing. Boardroom advisors: Donald Trump Jr. and Eric Trump.