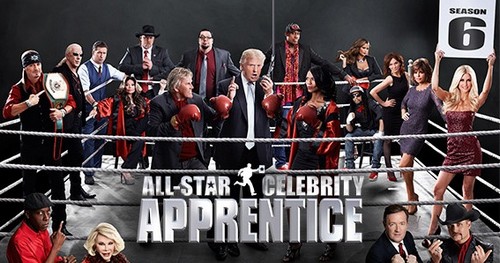 Tonight our favorite show The Celebrity Apprentice and Donald Trump return for an All-Star season.  This season, 14 of the meanest, most savviest business minded celebrities will return for a second chance to win 250 grand. Are we expecting the claws to come out? You betcha we are.  Every week the business-classy celebs will work in two teams, each headed by a manager, to complete business-savvy tasks around New York City.

They will have to pull all their resources together, including their fame and the knowledge they acquired during their first go-around on the show.  If you want to know who the 14 contestants are competing this season, we the full list right here for you.

On tonight’s premiere episode called, “The Wolf In Charge Of The Hen House”  Donald Trump tasks 14 returning celebrities to create and sell meatballs in a fundraising competition for charity. One Project Manager takes an unorthodox approach to the task and risks mission failure, while the other team immediately deals with an internal power struggle.

Fundraising on both teams sets a new record for a first task, but only one Project Manager will take it all. In the end, one returning All-Star will hear Trump’s feared words: “You’re fired!” Special guests include Kelly Ripa, Michael Strahan, Paul Teutul Sr., Amy Grant, Gilbert Gottfried, Valerie Bertinelli and Nikki Taylor. Boardroom advisors: Ivanka Trump and Piers Morgan.