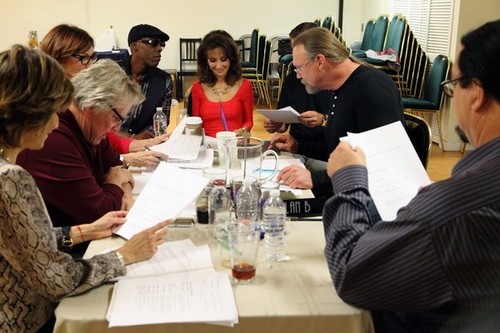 Tonight my favorite show THE CELEBRITY APPRENTICE returns with a whole new episode called, “I’m Being Punked By A Jackson.”  On this week’s show Soap Stars Susan Lucci and Jack Wagner help the All-Stars perform a Soap Opera for Cystal Light.  Did you watch last week’s episode?  We did and we recapped it here for you.

On last week’s show for the first time ever, the teams left New York City and flew on Donald Trump’s personal airplane for a task at Universal Orlando Resort. Mr. Trump asked them to create a 3-D, interactive photo experience that suppored Universal Orlando’s new marketing campaign. One team risked a big loss when their Project Manager could not commit to an idea, while the other team cowered in fear of their tyrannical leader. With two completely different approaches to the task, everything came down to the preference of the Universal Executives.  At the end of the show Dee Snider was sent home.

On tonight’s show, Mr. Trump tasks the All-Stars with performing a Soap Opera scene for Crystal Light. In one of the season’s most dramatic outbursts, a Project Manager goes head-to-head with an insubordinate team member. Meanwhile, the other team threatens to mutiny when their Project Manager’s dictator-like style rubs them the wrong way. 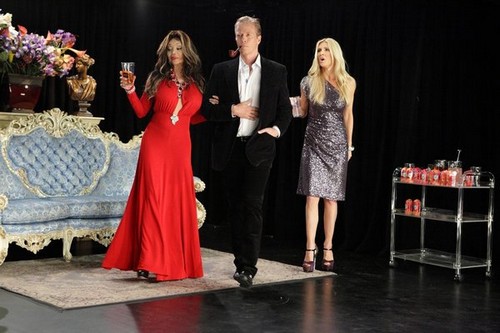 Both teams “break a leg” with their performances, but only one is declared the winner and another celebrity hears Donald Trump’s dreaded words, “You’re fired!” Special guests include Susan Lucci and Jack Wagner. Boardroom advisors: Arsenio Hall and Ivanka Trump.