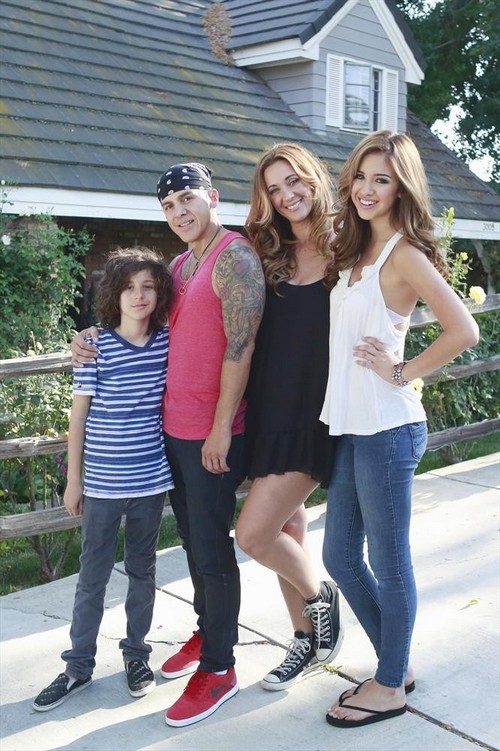 Tonight on ABC Celebrity Wife Swap returns again for a whole new episode. On tonight’s show singer Gerardo Mejia swaps lives and homes for one week with singer Sisqo.  Did you watch the last drama filled episode when Downtown Julie Brown and basketball star Lisa Leslie swapped Lives? If you missed the episode you can read our full and detailed recap here.

Gerardo Mejia, best known for his hit song “Rico Suave,” lives in Chino, California with his wife, Kathy, and their children, 17-year-old Nadia and 12-year-old Jaden. In the Mejia home, Gerardo is definitely the boss. Now a music executive and lay pastor, he is a strict disciplinarian who knows where his kids are at all times. Gerardo also keeps an open door policy and hosts a weekly bible study in his home for between 50-80 people. Kathy is responsible for all of the cooking, cleaning and laundry, while Gerardo and the kids have no household responsibilities.

Sisqo, the man behind the ’90s multi-platinum hit “The Thong Song,” lives in Baltimore, Maryland with his girlfriend, Elizabeth, his 18-year-old daughter, Shaione, and his and Elizabeth’s 11- month-old son, Ryu. Sisqo is a family man who shares household responsibilities, including all of the cooking. Appearance is very important to Sisqo and Elizabeth; the couple like to color coordinate their outfits and stick to a 1200-calorie diet while exercising regularly in “sauna suits” to help sweat away extra calories. 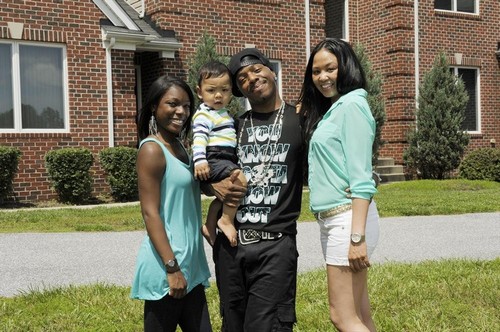 We will be covering tonight’s Celebrity Wife Swap,  Gerardo Mejia and Sisqo episode with all the details.  You don’t want to miss this episode, you never know what craziness is going to break out!  Don’t forget to come back to this spot at 8PM for our coverage of the episode.

Sisqo and his girlfriend Elizabeth live a modern life. They go into everything 50/50 including the dreaded chores. They have live healthily on a 1200 calorie plan per day and even exercise together. This is vastly different from Gerardo Mejia and his wife Kathy. They’re more traditional. Kathy does all the cooking and cleaning even if they host large gatherings at their home.

The day of the switch is difficult as it is but Elizabeth’s first day was steeped in sh*t. Literally. Gerardo was showing her to the guest room when they noticed one of the dogs had an accident. He gave her a spray and paper towel before leaving her to it. The next day isn’t any better. Kathy’ son, Jaden, feels breakfast can be ordered to his specialty.

Kathy on the other hand was able to enjoy a meal cooked for her by Sisqo. She enjoyed the meal but not Sisqo ever apparent OCD. He needs to color coordinate their outfits. He needs their dinner table to be feng shui. He simply is always on. One of things Kathy is able to pick up about Sisqo is that he’s a show parent. His daughter Shaione doesn’t want to become a singer. She wants to go into medicine. Yet Sisqo has her practicing for a music career.

Back to Elizabeth and her day from hell, she has to cook a meal for 50+ group of Gerardo’s bible study. She cooks just enough but still Gerardo isn’t happy. Luckily rule changes are about to begin

The women finally get to change the rules. Sisqo is ordered to relax more and let go of living for appearance. Gerardo is told to start helping around the house and his kids have to help as well. He also needs to be more laid back with his teenage daughter. The 10 curfew has been revoked.

Gerardo needs some prompting but Elizabeth tells him he’s running his wife ragged. That’s able to get to him more than anything else has. Sisqo has his own revelation. He understands, with Kathy’s help, that his own daughter wants to be in medicine.
The two families have enjoyed their last night with different moms. Sisqo did eat at his table where someone of course spilled something. This time though he didn’t freak out as he normally would. Gerardo cooked dinner for date and he didn’t grill his daughter before she went out on a date. They’ve adjusted but can this continue after their reunion?

Probably not. Post switch is after all followed by the round table. Where Elizabeth is blunt when she calls Kathy a doormat. No one takes offense . Why? Because in a rare move they all took something from it. Odd and drama free.

Six weeks later, Gerardo has extended curfew and still Kathy does everything. Sisqo has let go of the calorie counting and continues to allow his family to eat at the expensive table.