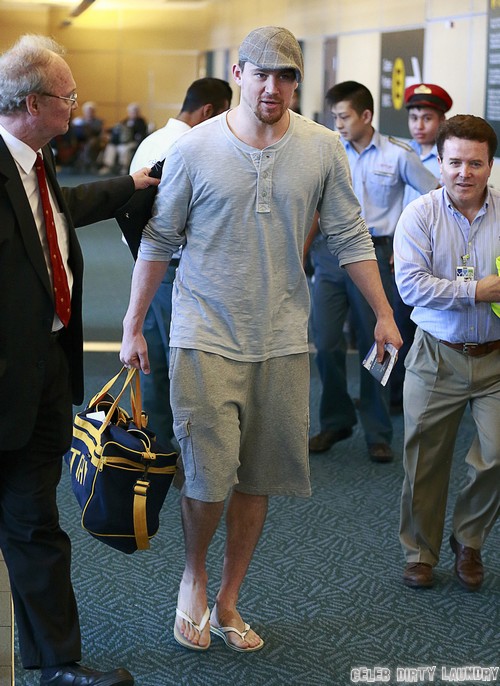 Channing Tatum was on top of the world in 2012. He had three films open above a $100 million, proving that he had graduated from ‘that guy from Step Up’ to full-fledged movie star in the space of one year.

The first major studio gamble on Channing post-2012 was with White House Down, in which his name and face [alongside Jamie Foxx] were used to market the film. Channing was also paid a reported $10 million for the film, and Sony clearly spared no expenses getting this made. But has it paid off?

To be fair, Olympus Has Fallen didn’t open in the middle of a crowded summer season, facing off against the likes of Monsters University, Man of Steel, and World War Z. But the reason the studio positioned it as a summer release was because of Channing’s name. Brad Pitt’s name managed to carry WWZ to a great opening, but obviously, Channing has a long way to go before becoming Brad Pitt.

Still, it’s not a blow that he can’t recover from. There were a lot of factors against White House Down, and there are still many tests to see if Channing Tatum is as bankable as 2012 made him seem. The next  big one will be with Jupiter Ascending, which co-stars Mila Kunis. With an interesting sci-fi premise and a huge budget, the film is ambitious and massive in scale and scope. If it pays off, it could establish Channing Tatum The Movie Star for good.