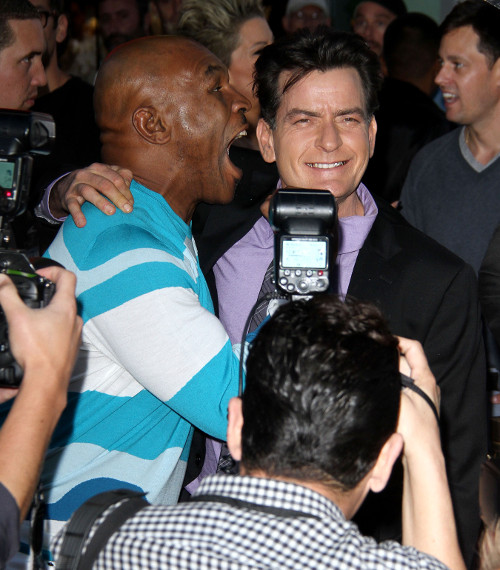 Charlie Sheen is once again flexing his Hollywood muscles, this time threatening to leave the show Anger Managment should producers choose not to fire Selma Blair. Charlie has had enough of Selma because he feels as if she’s bad mouthing him behind his back. And he’s tired of it. Supposedly, she’s complaining about him as a person and, especially, his work ethic. I mean, we’re not going to take sides here but . . . . maybe she’s just a little bit correct?

Charlie isn’t messing around with this. He wants her termination to start immediately. Like, today. His threats might be ridiculous and slightly childish, but they will definitely be heard, as producers will not want to risk losing their main star and moneymaker. The threats are big. Charlie is estimated to earn between $75 and $200 million if he agrees to complete the 100 episode order — and, of course, depending on how well the show does in syndication.

TMZ exclusively reports: We’re told Charlie understands that there can be complications with firing someone from a TV show … but he wants producers to begin drawing up an exit strategy for Blair by the end of the day.

Sources connected to the production tell us … Selma was not on set yesterday, though it’s unclear if she was scheduled to work.

This morning, Blair was spotted out on a walk with her kid — and when asked about her potential termination from “Anger” she just shook her head and replied, “I don’t know anything.”

What do you think about Charlie Sheen and his usual craziness? Let us know in the comments section below!