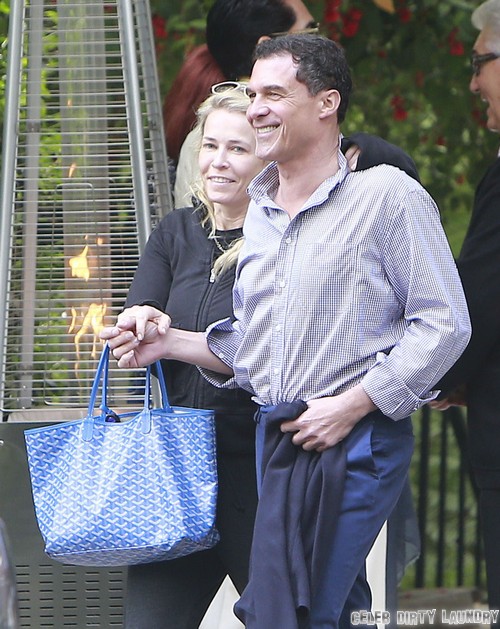 Chelsea Handler and André Balazs have split up.  Andre, who’s known for being a businessman owning several hotels across the United States, and Chelsea, of the dirty mouth have decided to break up for the second time. A source spoke about the situation to L&S, “He’s been telling his friends they’re done, they’re definitely over.” Another source spoke up and said, “Chelsea stopped wearing the vintage compass necklace André gave her.”

It seems André Balazs isn’t worried about splitting up with Chelsea Handler, he went and had a good time attending the Hugo Boss event in New York City last night; during it nobody saw him moping at all, he was having a great time hanging out with his friends.

As I’ve mentioned, this isn’t the first time Chelsea and André decided to break up, in November of 2011 they decided to split and they didn’t even date for a year during that time; but they got back together in February of 2012.

Awhile back when Chelsea was on Oprah’s Next Chapter she spoke about her love for André “I’ve met my match. We couldn’t be more opposite. I bring out the stupidity in him probably. We were talking about living our lives together, my boyfriend and I. We’ve broken up a couple of times and gotten back together, and we’re trying to figure out how to live a life together. It’s just so hard, and it’s just so taxing, but when you really want to be with someone, you can make that work — but you don’t want it to be uneven.“

There you have it – Chelsea Handler and André Balazs have broken up for the second time, who knows they might get back together and split up once again; you know the saying, third time’s the charm.