Chelsea Handler Shows Off Bare Butt Pic On Twitter After Skiing Accident – Too Much? (PHOTO) 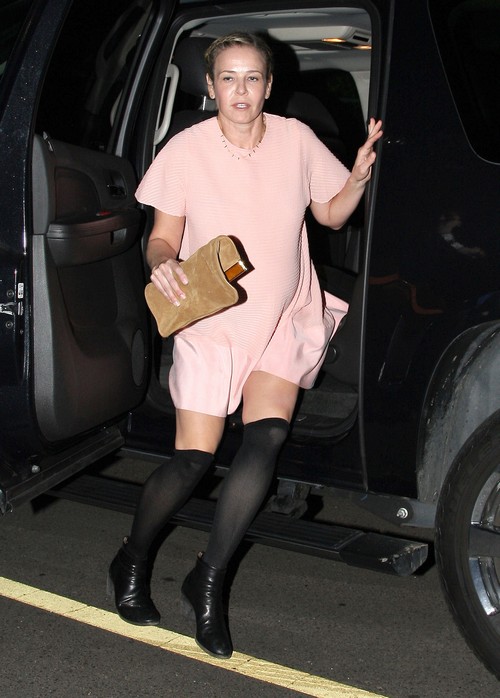 Chelsea Handler is no stranger to showing off her body, and she’s done it yet again in another Twitter upload. She revealed that she injured herself while skiing, tweeting, “Another day of skiing, and whoopsie. I come home now.” She showed off a picture of her right leg in a medical stocking, but then also decided to pose in such a way that revealed her bare butt. Um… ok?

Why did she do it? That, I can’t answer. One option is that she just doesn’t care. Why would she? She’s gone starkers naked for sillier reasons before, and she’ll probably do it again. Another option is for the publicity. It’s been a while since she was in the news, and she might have thought that posting this pic online would get her some much-needed publicity. If that’s the case, mission accomplished, I guess.

What do you guys think about Chelsea’s tweet and accompanying picture? Why do you think she uploaded the image? I understand that trying to allocate logical reasons to celebrity’s actions is never reasonable, and that falls true here as well. 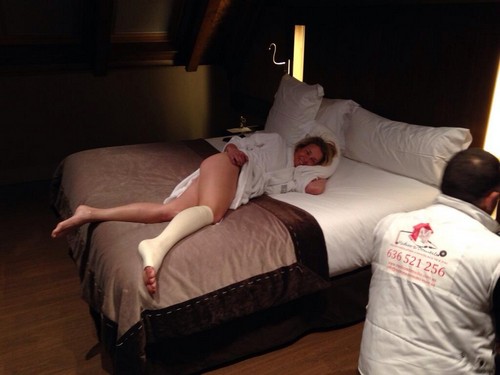