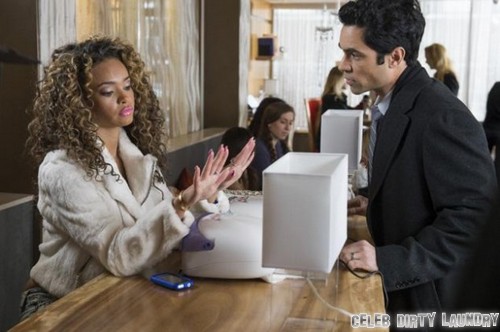 In case you hadn’t heard, the good folks in charge of the scripts at Law & Order: SVU decided to do an episode on the drama between Chris Brown and Rihanna. If you’ve forgotten (how could anyone forget?) Chris beat Rihanna within an inch of her life right before they were both slated to perform at the 2009 Grammy Awards.

The singer’s injuries were horrific and shocking and we were expecting the worst to happen to Chris as a result. Unfortunately, the singer got off with some probation and community service. Even after all of the backlash that he received as a result of the brutal beating he bestowed upon her, she STILL took this idiot back. Now, apparently it was re-created for those of us who didn’t get to see it all play out in real life. There’s only one difference, the TV Chris actually murders the TV Rihanna in the television re-enactment. What’s even crazier is that the TV murder took a page from the death of Natalie Wood.

What did you think of this episode of the show? We were surprised that Chris Brown and Rihanna’s story didn’t end up pretty much the same. How about you?