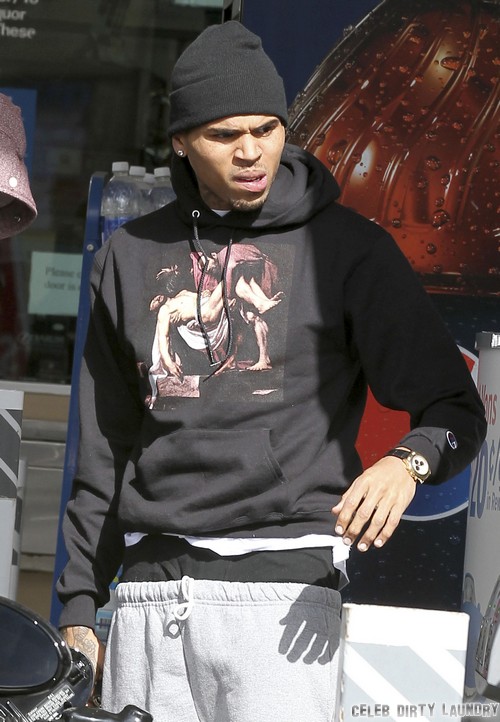 Chris Brown became a victim of being chased by the paparazzi chase that turned foul. We’re betting that you never thought you would read “Chris Brown” and “victim” in the same sentence, huh? We kid, we kid. (Spoiler alert: No we don’t…)

TMZ has all of the details:

Chris Brown’s car was totaled this afternoon after an alleged run-in with a pair of paparazzi, this according to the singer’s rep.

A rep for Brown tells TMZ he was driving in his car — on his way to a charity event — when he was cut off by two vehicles. The rep claims “the occupants jumped out, with cameras, and aggressively approached his vehicle. In an effort to remove himself from the situation, he began to back down an alley at which point his was cut off by two additional vehicles.”

The rep continued, “Chris’ vehicle was totaled due to this aggressive pursuit by the paparazzi. He is okay.”

Police in Beverly Hills confirmed to TMZ that an incident took place involving Brown and the paparazzi, but did not have any additional details.

No one was said to be hurt in the accident, thankfully. Perhaps that was karma for the way that he treated Rihanna? Either way it’s just a car, right? We are glad that he’s okay, even though he is an epic douche and idiot with an anger management issue.