Chris Harrison, Bachelor Host, To Be The Next Bachelor? 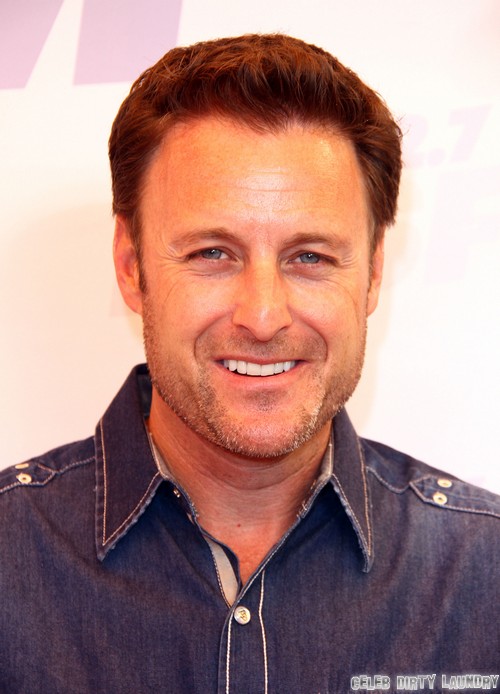 We’ve had all sorts of candidates for the Bachelor. The only common thread has been that they’ve all been decently good looking. So when people suggested that Bachelor host Chris Harrison become the next Bachelor, some people actually thought it might be a good idea. Too bad Chris disagreed with them.

When Chris first started hosting the Bachelor way back in 2002, he was happily married. However, he soon split with his wife a year ago after 18 years of marriage. So what’s stopping Chris from going on the Bachelor to find his next wife? Well, he explains, “I really don’t [think I’d be able to find love on The Bachelor]. I could never walk in with the innocence or naïveté you need.” He adds, “I’m too low-profile for the show. I’d be the guy that would get kicked off after episode five, and everybody would be like, “Who the hell is that guy? Was he even on the show?”

That’s hilarious. He’s basically saying that you need to be a famewhore to be on that show. I mean, it’s true, but it’s still funny to see the host of the show spell it out for you.

Anyway, Chris is back in the dating game after many years, and he’s finding out that things have definitely changed. He explains, “Women are more aggressive than I remember!” Well, you’re in LA and you’re famous – of course they’re aggressive.

What do you guys think about Chris’ confessions on his experience with dating and why he would never be a contestant on the Bachelor? Was he slyly shading the Bachelor, or was I reading too much into things? Let us know in the comments.