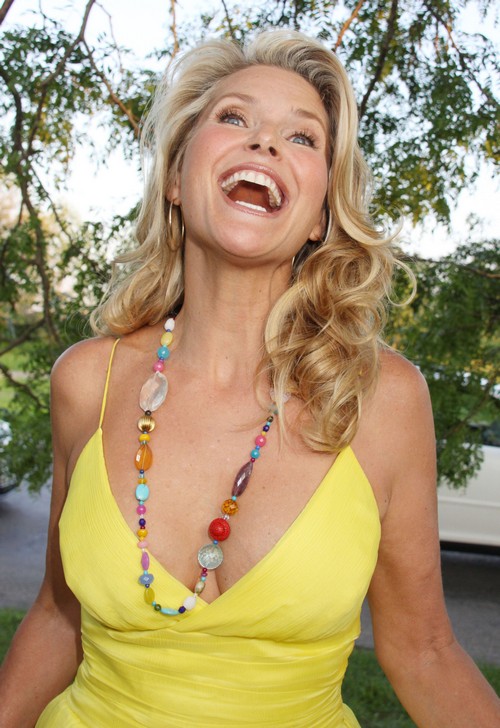 In a tired yet hilarious move, ageless, elderly, ex-swimsuit model Christie Brinkley has announced to the world that her ex-husband Peter Cook is a narcissist (via RadarOnline). Isn’t this exactly like the pot calling the kettle black, and hasn’t she been saying this for years?

The hypocrisy began in 2008 when the couple decided to divorce. Brinkley filed documents claiming Cook owed her $32,000 for school tuition and summer camp fees, so he said she was a ‘narcissistic egomaniac,’ while he was knocking boots with their then-18-year-old neighbor and paying the neighbor $300,000 to keep it quiet. Brinkley countered that he had spent thousands of dollars per month accessing Internet pornography.

Somewhere in the midst of all this, she found the time to email her son, Jack, and tell him she felt Peter Cook was ‘jealous of her success’. Possible, but don’t most self-centered people make the jealousy claim when it’s unfounded? 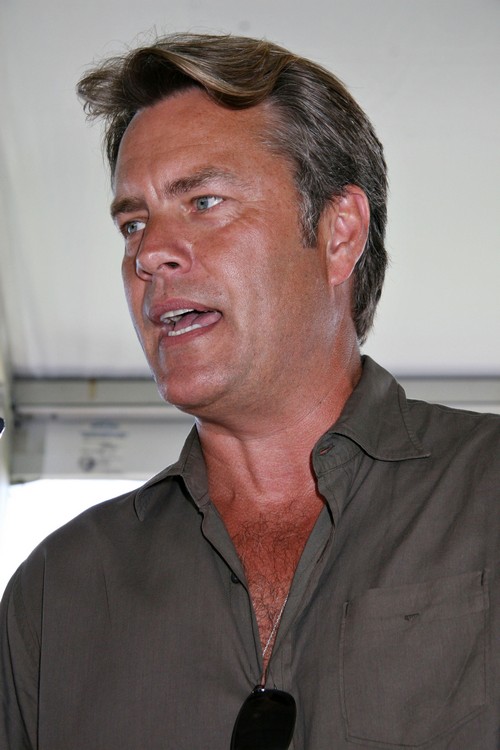 Then, playing the only card she seems to have, Christie did what every famous person does whenever attempting to prove sanity— she took it to her Twitter account:

“My inbox is full of letters from women like me who were married to a narcissist.”

Since Twitter only allows 140 characters and she had much more to say, Brinkley then fired up her other soapbox—Facebook– to discuss her favorite new organization called One Mom’s Battle:

“With One Mom’s Battle you don’t need to go through the ordeal of divorcing or dealing with a narcissist alone. Others are facing surprisingly similar experiences. Everyone’s battle is different, but once you get to court, they funnel you into the same channels… and One Moms Battle will be there for you as a beacon of clarity, on this page you will garner sound advice by others navigating the same stormy waters!”

Let us keep a few things in mind—Christie Brinkley has been married four times. She is a former supermodel. She has been the object of men’s desires for years, been paid huge sums of money to foster those desires, and has had the means to get anything and everything she wants. I have it on good authority that Billy Joel said she was extremely high maintenance and even though the two remain friends, her spoiled rotten behavior is what drove them to divorce. When someone has been wed and divorced as many times as Ms. Brinkley, chances are the problem is not those she has banished from her presence. Maybe it’s time for a little introspection and perhaps some therapy to see if the problem might be she.

According to Debbie Shlussel, Brinkley is a gold-digger, and divorced husband #3, Richard Taubman, because Christie thought she was marrying into a billionaire family, and once she learned he was merely a pauper (by her standards), she kicked him to the curb.

So, I must ask who the narcissist really is. Could it be Christie is unable to see her own personality flaws? Let us examine some of the telltale signs of narcissism:

• Hypersensitivity to any insults or imagined insults

• Vulnerability to shame rather than guilt

• Using other people without considering the cost of doing so

• Pretending to be more important than they really are

• Bragging (subtly but persistently) and exaggerating their achievements

• Inability to view the world from the perspective of other people

While I do not know Ms. Brinkley personally, the way she has portrayed herself certainly looks as if she is, in fact, narcissistic doesn’t it?

I don’t know or care why the Brinkley-Cook marriage deteriorated, I just find it really amusing that here we are, five years later, and she is still throwing that same stone at her ex-husband when there seem to be others she could use like cheater and pornography addict.

How do you feel about it? Do you think we have a situation where Christie’s pot is calling her kettle black? Or is she perfectly justified in her accusations? Should she at least add another slur to her repertoire? Sound off in the comments.