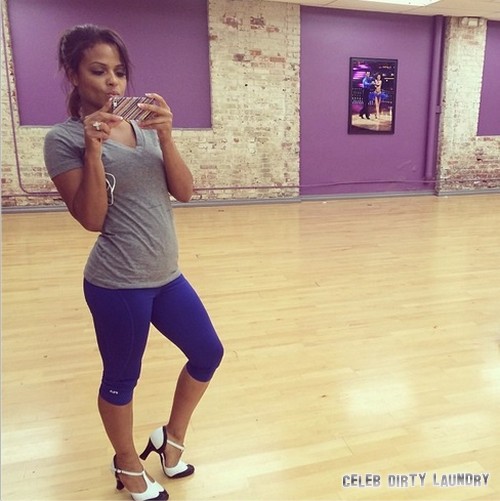 Christina Milian danced a Charleston, on tonight’s “Hollywood Night” episode of Dancing with the Stars.   You can check out Christina’s DWTS bio [CLICK HERE] If you missed tonight’s show you can read a full and detailed recap, right here.

On last week’s show Christina was given a 25/30 for her paso doble.  Len said this about her paso doble, “It was lovely, with a contemporary twist, you were focused and you were fierce, that was terrific”.  If you missed any of last week’s performances, you can check out all the videos, right HERE.

Christina Milian and professional dancer Mark Ballas dancing a Charleston.  Christina did not have much to say about her charleston this week but she did tweet the photo about with the comment, “Like my shoes? I’ll be wearing these on Monday nights show! #Charleston #HollywoodWeek #dwts”

Judges comments: Carrie Ann “You have a dynamic range of emotion when you dance, it was a full body performance”. Len “I loved the music, I would have liked more Charleston parts but it was top notch”. Bruno “It was so inventive, it was fantastic and visually inspiring”.