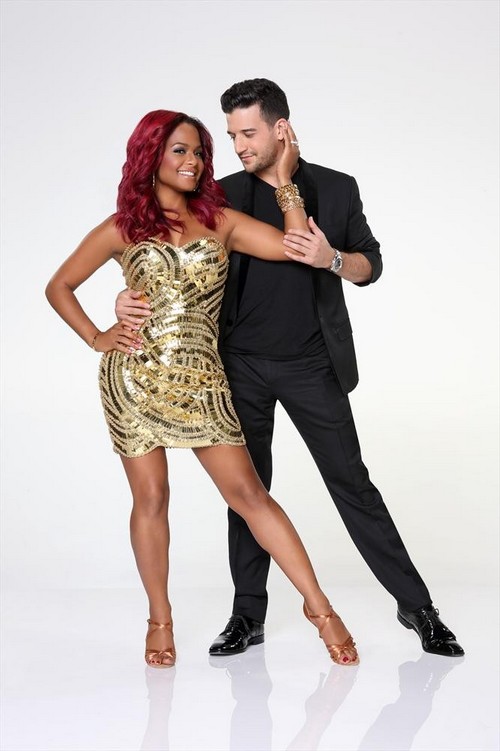 Christina Milian danced a Cha Cha Cha, on the premiere of Dancing with the Stars season 17 tonight.   R&B singer, Mom and The Voice social media correspondent Christina said this about her DWTS experience so far.  “We’ve had some intense training. We do at least four hours a day and I’ve got my aches and pains in places I’d never felt before.”  You can check out Christina’s DWTS bio [CLICK HERE] If you missed tonight’s show you can read a full and detailed recap, right here.

Christina Milian and professional dancer Mark Ballas: dancing a Contemporary routine.  Christina had this to say about her dance tonight, “Our big performance on Dancing with the Stars is just HOURS away! I can’t stop saying it… But OMG!!! Lol!”

Judges comments: Carrie Ann: “You move beautifully, but I think you need to open more.”  Len: “This dance really suited you, but try not to be so careful.”  Bruno: “I loved the it.  Sometimes you have to remember about your hands.  It is a minor point, I liked that very much.”