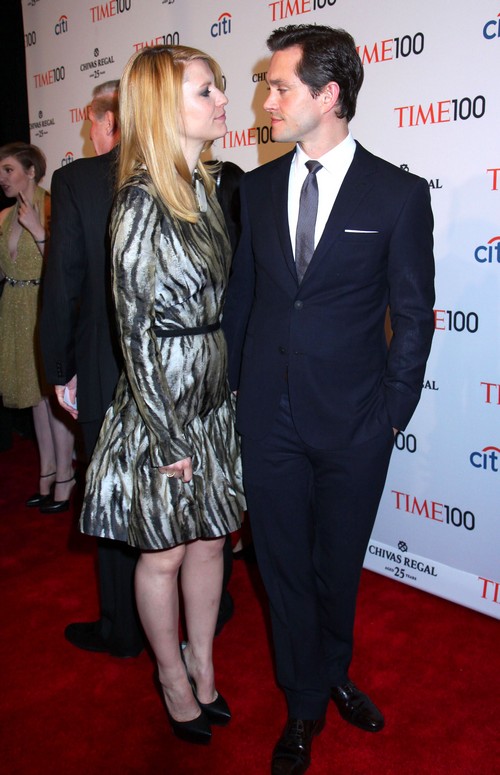 The first year of motherhood is certainly a life changing experience and you really have to find your groove to figure out what your parenting style is. There can be huge problems when it clashes with your partners and this is exactly what Claire Danes and Hugh Dancy are dealing with. She apparently can’t seem to leave a single moment of their 10-month old sons life to chance. Every second is scheduled and Claire insists that this strict schedule is followed to the letter, meanwhile Hugh is much more laid back. He believes that little Cyrus will make it clear when he is both hungry and tired and that the clock means nothing.

According to the Oct. 21st print edition of Star magazine this clash in styles is taking a serious toll on Claire and Hugh’s marriage. Not only do they parent differently, but the also think that the others behavior is too extreme, so much so that they hate leaving the baby alone with each other! I can see where this could easily turn into a non-stop clash, can’t you?

Schedules certainly are a mom’s best friend but you also have to let your baby live a little and it sure sounds like Claire is having a really hard time doing that. Because she is so strict she probably feels like Hugh’s relaxed nature is sabotaging the schedule she has their son on and it turns into a viscous cycle of arguments. Do you think this parenting clash will ultimately unravel Claire and Hugh’s relationship? Will they figure out how to compromise because without that this will be an ongoing fight, don’t you think? Tell us in the comments below!