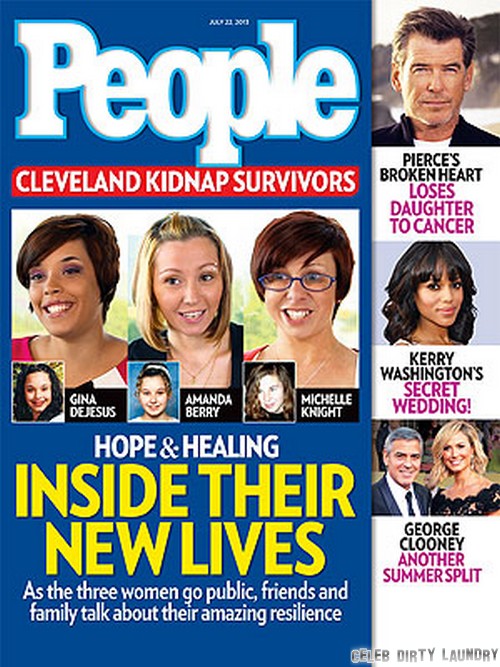 It has been only a few short months since the entire country was absolutely elated to learn that Amanda Berry, Gina DeJesus and Michelle Knight had survived ten years as prisoners in Ariel Castro’s Cleveland house of horrors but finally the women have surfaced to say thank you (and get paid by People). A four minute video posted this week with each of them on camera taking a moment to thank those who have helped in their recovery.

Chris Kelly, the attorney in charge of the Cleveland Courage Fund sat down with People Magazine to discuss how the three are adjusting to the freedom that their new lives are affording them. More than a million dollars in donations have poured in, allowing the women to begin to reestablish themselves in the real world. Most importantly they seem to have appreciated the general public’s’ honoring their request for privacy. They have also requested that people continue to give them the breathing room that they need to heal from years of abuse and trauma.

Also inside the latest issue of People is a story on the death of Pierce Brosnan’s daughter, Charlotte, after a three-year battle with ovarian cancer. The wretched disease is familiar to the family as it claimed the life of Pierce’s first wife, Cassandra. Learn how the family is coping, including Pierce’s return to work in order to distract himself from the pain.

Scandal fans are absolutely smitten with Kerry Washington and it seems that the actresses’ real life is just as secretive as her television characters’. The stunning star tied the knot in a secret wedding recently and People has all the details so you’ll want to grab a copy to read more about it. In the meantime, should Ariel Castro get the death penalty for his abuse of Amanda Berry, Gina DeJesus and Michelle Knight? Tell us your thoughts in the comments below!