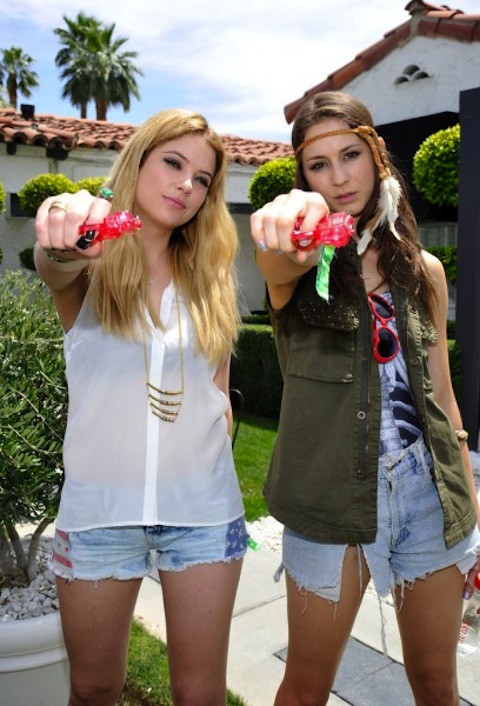 For those of you who don’t know, the time of Coachella is upon us. For two weeks, roughly 80,000 people will gather in the dessert two hours outside of LA to share a musical experience. Or something existential like that. It’s also an opportunity for celebrities to get out of the house and  don outfits that they wouldn’t be caught dead wearing any other day of the year. But because it’s Coachella, for some reason it becomes O.K. to adopt the fashion sense even your 12 year old self would question.

Not everything worn at Coachella is bad, some people just get a little carried away.

In the photo above we see Pretty Little Liars stars Ashley Benson and Troian Bellisari.

Hmmm does the slight tear in Bellisari’s shorts just look stupid or make the outfit a little more soft grunge? On another note, does anyone else think this picture is reminiscent of a movie Benson was recently in? SpringBreakers 2 anyone?

How about the flower crown? 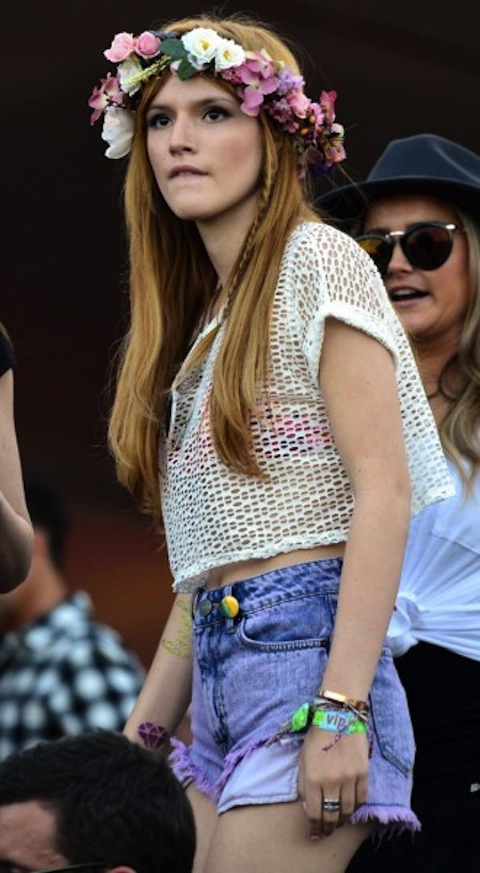 Actress Bella Thorne looks slightly concerned as she gazes into the distance. Maybe she’s contemplating the decision to choose a flower crown made up of real flowers as she notices a swarm of bees heading her way.

People are so proud to be an American. 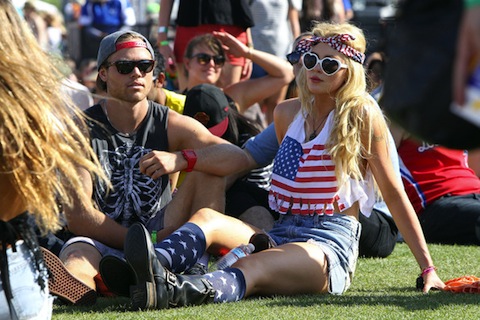 Not sure how to rock the flag? Take a cue from Ireland Baldwin (daughter of actor Alec Baldwin and Kim Basigner). The only place she’s not sporting the flag is on her shorts but I guess that would probably be too much. 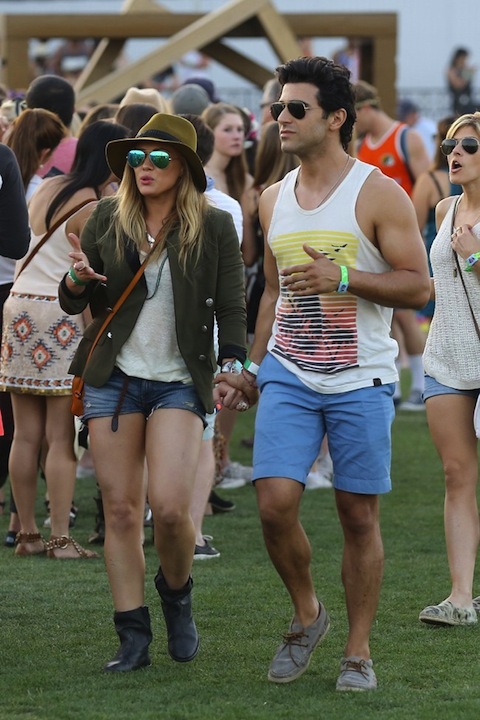 So many celebs had love in their eyes… erm I mean on their eyes. Wearing heart-shaped sunglasses was everyone’s wardrobe staple at Coachella. If you missed out on the memo, you probably wore something like Hilary Duff.

Or hodge podge of bracelets. 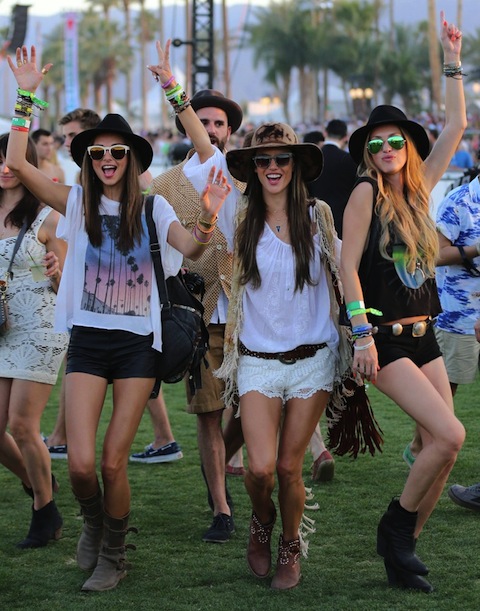 A la Alessandra Ambrosio and pals. Clearly the number of bracelets you were has a direct correlation to how much fun you’re having. 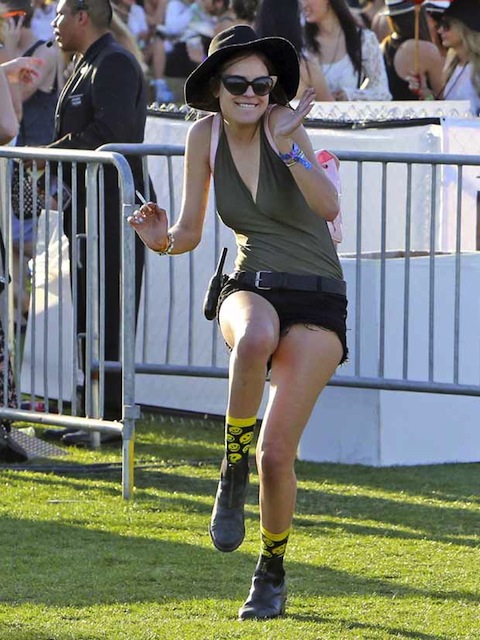 Tallulah Belle Willis looks as happy as the smilies on her socks. I have this hunch that those are toe socks, call me crazy.