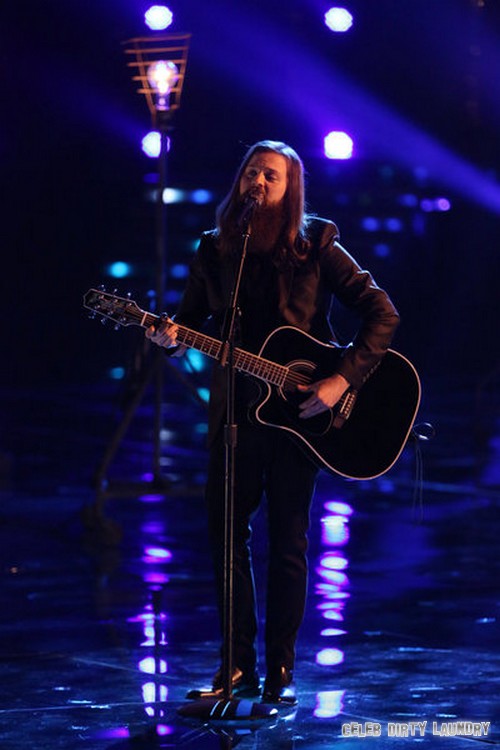 Cole Vosbury took the stage tonight on THE VOICE for his Top 5 Semifinal video performance.  Team Blake’s Cole Vosbury sang “Shameless” by Garth Brooks.  Tonight’s show the remaining artists from each coach, Christina Aguilera, Adam Levine, CeeLo Green and Blake Shelton team performed live for America’s vote and the chance to move on to the Finals.

Judges Comments: “Blake thinks Cole did an “incredible job.”  Blake remembers when Cole joined his team and he wanted Blake to help him “find out who he is as an artist,” and he thinks tonight Blake found out.  CeeLo thinks that every song they choose for Cole to sing, he sings it like it his song.  He is “glad that his good buddy Blake has seen him all the way through.”   If you want Cole to make it to the Finals don’t forget you have to vote for him.

On last week’s show Cole sang “Rich Girl” and the judges loved her performance.  The judges said this about his performance, “Blake says that he doesn’t even know why he worries about Cole; he’s such a pro and that he makes it clear that he works hard as a singer. Blake believes they could record his live performance and could sell it with no problem; he loves the fact week after week he stands there and sings his best every week and respects him a lot. CeeLo says that he did a great job and loves the song he sang; it’s a pleasure to still see him here today, he thinks he’s a great talent. Adam says that he loves Cole’s voice; it’s always a pleasure hearing him sing.”