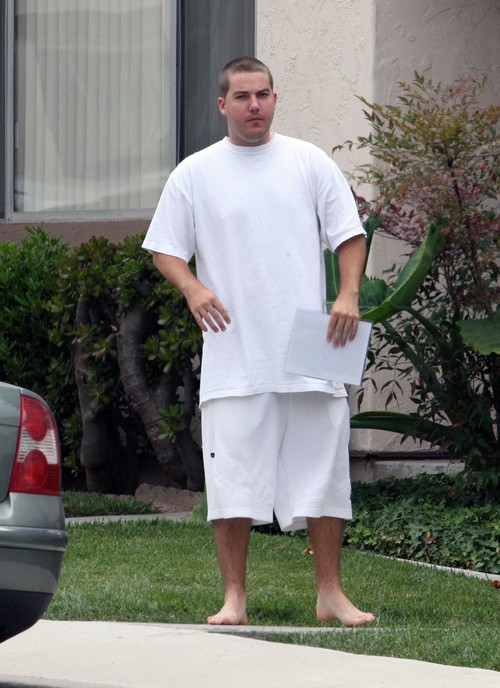 There’s some trouble brewing in the Wilkinson family, with an all-out feud erupting between Kendra Wilkinson and her brother Colin Wilkinson. According to several tweets and Facebook posts, Colin believes that Kendra told their mother to ‘go die‘.

Colin even recently tweeted, “Every1 plz never ask me about my sister again. She is no longer a part of my life. She’s an inconsiderate psychotic bitch. I’m done.”

Kendra and Colin have always had a close relationship, and Colin’s even appeared alongside Kendra on Girls Next Door, in addition walking her down the aisle during her marriage to Hank Baskett. However, it looks like the final straw for Colin was Kendra’s alleged comments towards their mother.

Colin wrote in several Facebook posts, “That’s f**king it. I’ve f**king had it. Everyone wanna know the truth. My sister can go straight to f**king hell. She’s an inconsiderate b*tch. How dare her tell my mom to go die. My sister is the most selfish human being on the planet. She is no longer apart of my life. She has never once helped my family. So plz stop asking me about her. As I have nothing to say. You want the real me. U fruckin got it.”

When Colin says that Kendra never helped their family, he could be referring to the fact that their mother, Patricia Wilkinson, filed for bankruptcy in 2010. I’m guessing she probably asked Kendra for money, but was denied – which might have led to more fights in the future, and an estrangement between family members.

On the one hand, it is her mother. But on the other, we’ve seen how some parents can get when their children get famous – they use the kid to their own advantage, and it usually ends up badly. Since we don’t know the details of what exactly happened, we can’t say whose at fault here. But according to Colin, it’s all on his sister.