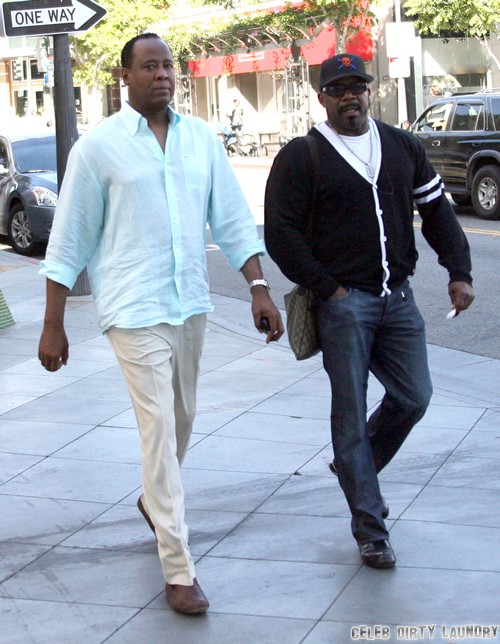 Are you ready for it? The inevitable media blitz by Conrad Murray now that he is a free man? It’s going to happen. Just two years after being handed a 4-year prison term for giving Michael Jackson that hot shot of Propofol, Conrad is a free man. Thanks to his good behavior the former doctor was released at 12:01am from an LA county jail and he has already filed to try and get his medical license back!

Apparently Conrad truly believes that he did nothing intentionally wrong and so he should be able to return to practicing medicine. In the meantime expect the usual morning show interviews with Conrad sharing his side of the story and boohooing about his life in jail. I’d also expect a book deal to happen because this guy has to make money somehow and I suspect that even if he somehow got his license back the copays would be far and few between. Except for people looking for a licensed drug dealer.

Think about the kind of patients that would see Conrad. It would be a parade of junkies that know he’s not afraid to hook them up with the good stuff and probably crazy clingers from when he was in jail. You know how serial killers have a fan base and pen pals? Well so does Conrad and they would probably be more than happy to be his patient.

I guess the real question is whether or not we care what he has to say. Michael Jackson died 4 years ago and was a junkie long before he met Conrad. This clown happened to be in the wrong place at the wrong time and left his ethics back in medical school. Do we really care about all of the dirty details now? Tell us your thoughts in the comments below!