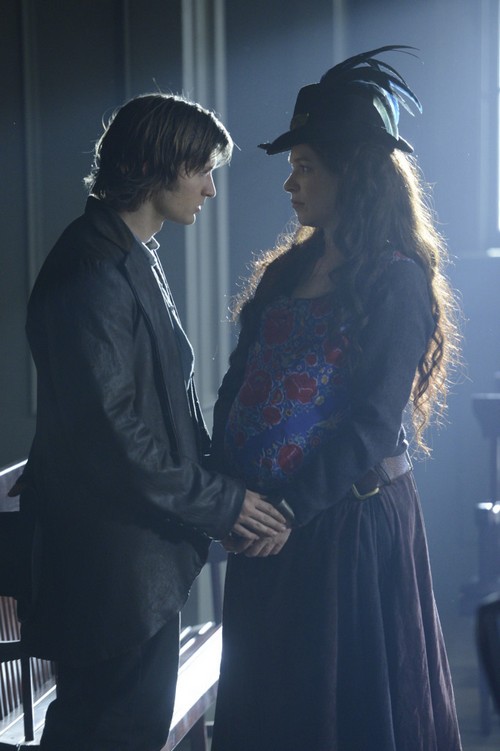 Tonight on the BBC COPPER continues with a new episode called, “Beautiful Dreamer.”  On tonight’s show Madame Eva Heissen’s freedom hangs in the balance.  Did you watch last week’s show?  We did and we recapped it for you.

On tonight’s show the assassination of President Abraham Lincoln shatters any hope of a smooth post-war recovery for the people of New York City and the United States at large. Detective Kevin Corcoran is on the move, evading retaliation from Tammany Hall fixer, William “Wild Bill” Eustace (William “Billy” Baldwin), working to remain hidden while seeing through events he set in motion. Meanwhile, Madame Eva Heissen’s freedom hangs in the balance. Guest star: William “Billy” Baldwin.

Tonight’s episode is going to be another fabulous one, which you won’t want to miss. So be sure to tune in for our live coverage of BBC’s Copper Season 2 Episode 12 “Beautiful Dreamer,” tonight at 10 PM EST!

How will Kevin get away with killing one of the most important men in 5 points? He may have had run of the place for a while now but that doesn’t he won’t hang if he’s ever caught. For you see there was a witness to Kevin running from the scene of the crime. Kevin already knew he was playing with borrowed time but not that short.

Kevin makes sure to get his ducks in a row though. He goes to his captain with a made up claim. He says Donovan has released Eva and he needs her out of her cell now. No time to waste. The captain would have double checked but Kevin told him not to bother Donovan on his off-time. Eva gets released and Kevin brings her to his old friend Robert. Robert without even asking why assures Kevin he can get her to safe house. Although his wife isn’t too pleased.

Robert is also given something else to safely handle. Donavan’s papers. He has to find proof in there to help lessen Kevin’s troubles. It’s only as Kevin is leaving does he tell Robert he killed Donovan.

Unfortunately for his captain the night isn’t going so smoothly. His family gets threatened. It seems the people behind found it suspicious that he let Eva go. When the captain tries to explain Kevin had brought in Donovan’s orders that’s when he’s informed what Kevin did. He has no choice. He has to send out his squad with an arrest warrant for Kevin.

He has he whole force searching for him and the one place he decides to go is to see that interesting widow he met in episodes past. Like any respectable widow she wants to know why a grown man is knocking at her door late at night. Especially as word has already spread.

She doesn’t send out the alarm though. Apparently she wasn’t as respectable as she claimed. She made the first move that night and Kevin was all too happy to oblige.
The officer that Kevin sent to deliver Donavan’s papers is captured. He’s being tortured by the people that want to see Kevin hang. They want to know where the papers are. All it took was for them to cut off two toes before he started singing like a canary. The organization shows up at Robert’s door but luckily Francis got there first. While the officer went to Dr. Freeman to stop the bleeding.

Kevin is seen leaving the merry widow’s place. The skevy landlord that wanted a slice of her for himself was the one that spotted him.

As the city is on the manhunt for Kevin, Kevin’s friends are using what Robert found to blackmail men in powerful positions. When Kevin tried to return to the widow he saw how the landlord sold them out. He managed to get her out of there before they were caught. She’ll be safe with Matthew and Sarah.

Kevin on the other hand goes to his captain. He needs his old boss to do him a favor. He wants the organization to come to him. That’s all. When they arrive and walk right into Kevin’s trap they start shooting.

There’s only one person left on his kill list. Bill Eustace. Either Bill lays off or Kevin will kill him as well. Kevin has some demands. Eva goes free and Donovan’s death is claimed as a suicide. Donovan’s death was always going to be officially put down as a suicide. They didn’t want people asking why Donovan was killed in the first place.

With all the information Kevin has on people in high places he starts making even grander demands. The aqueduct has to find a new home and he will personally choose Donovan’s successor. High on life and his accomplishments Kevin is celebrating with friends when Matthew delivers the hard news. President Lincoln has been assassinated.