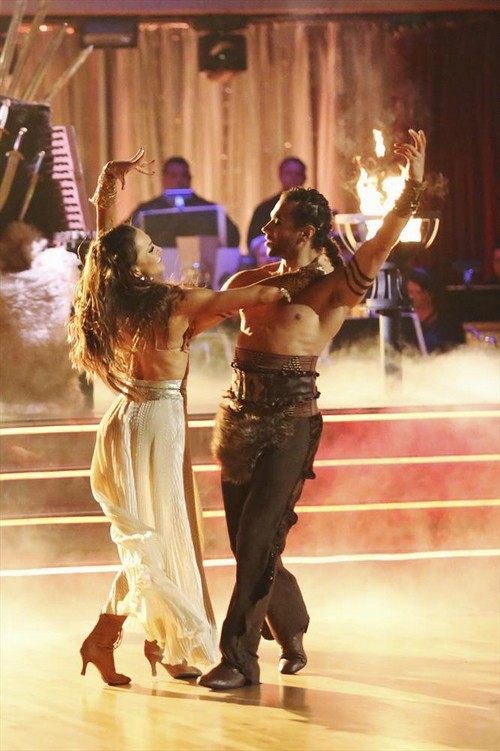 Corbin Bleu danced a Cha Cha, on tonight’s episode 7 of Dancing with the Stars for a dance style she have not previously performed.  Check out Corbin’s DWTS bio [CLICK HERE. If you missed tonight’s show you can read a full and detailed recap, right here.

On last week’s show Corbin was given a 23/30 for his Viennese Waltz. Bruno said about his performance, “This was an epic melodrama, usually you have great lines but this time you lost the flow with your Conan the Barbarian lines.”  If you missed any of last week’s performances, you can check out all the videos, right HERE.

Corbin Bleu and professional dancer Karina Smirnoff: dancing a Cha Cha Cha.  Corbin tweeted this about dancing tonight, “Don’t forget to watch me and Karina tonight on Dancing with the Stars! We need your support! Vote for us tonight!”

Judges comments:  Bruno said: “The sun is shining on Corbin, but in form.  Crystal clear form.  Brilliant!”  Carrie Ann: “This week that was the tightest cha cha I have ever seen.  Your posture was right.  It was hot!”  Len said, “Lovely, crisp footwork, nice legwork, I am not a fan of the gyrating.  For me gyrating comes between rap music and a baby crying. But I thought you did an excellent cha cha.”