Corey Feldman Denies Allegations that he’s an Orgy-Obsessed Playboy — But we know the Truth! 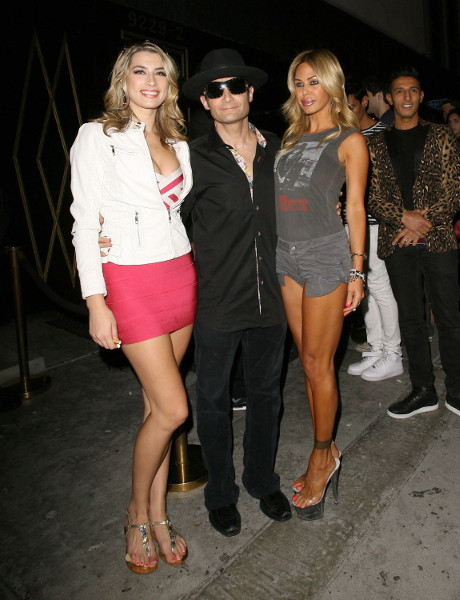 Because Corey had such a stellar reputation to begin with, didn’t he? Except, wait, he didn’t. I mean, the ‘rumors’ about the sex party weren’t rumors, they were fact. There was video footage showing Corey coming out of his house with two lingerie clad females, and they all got frisked by the cops. And that’s nothing compared to the eyewitness reports that are constantly coming out about his legendary mansion parties, which are often fueled with orgies and sex. Everyone who’s been to Corey’s ‘Feldmansion’ has reported back about the infamous craziness that goes on inside, and it’s quite ridiculous to think that he claims it’s all rumors put out by ‘competition’.

Besides, Corey’s an idiot if he thinks all these rumors are making his reputation worse — if anything, they’re keeping him relevant and interesting. Despite his delusions, nobody expects him to have a good reputation and that means that he can party as much as he wants and it won’t affect his name.We all know how much he’s dealt with in the past, and he seems to be given a grace card when it comes to media and paparazzi. Basically, everybody just treats him like their drunk uncle.

However, one thing not to do: if you ever meet Corey Feldman, don’t ever bring up Charlie Sheen. He does NOT like it. The TMZ phototag asked Corey if he was becoming another Charlie Sheen, and Corey was not happy with the comparison, to say the least.