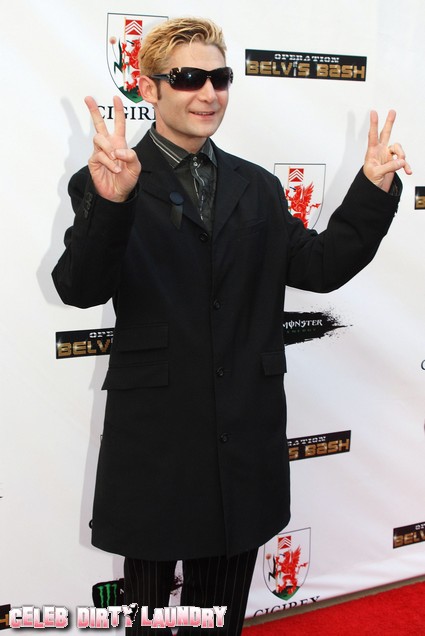 Corey Feldman is one very bitter 40 year-old washed up child star. Just listening to him complain about everything from his bad childhood, greedy parents, and Hollywood sleaze in the interview below and you know this is one unhappy dude.

The one aspect of the interview that was not just a self-indulgent sob-fest was his cowardly run at pedophilia in Hollywood. According to Feldman the biggest problem in Hollywood facing child stars is, and always has been, pedophilia.

Feldman said that his old pal Corey Haim resorted to drug addiction as a way of dealing with the sexual abuse he suffered as a child star in Hollywood. Feldman says that one Hollywood mogul is primarily responsible for Haim’s death – but since he is too chicken to name the mogul his statement carries little weight.

Here are highlights of the interview:

“The number one problem in Hollywood was, is and always will be pedophilia,” he said. “It’s all done under the radar… But it’s the big secret.”

“I was surrounded by [pedophiles] when I was 14 years old. … Didn’t even know it. It wasn’t until I was old enough to realize what they were and what they wanted … till I went, Oh, my God. They were everywhere.”

“There’s one person to blame in the death of Corey Haim. And that person happens to be a Hollywood mogul. And that person needs to be exposed, but, unfortunately, I can’t be the one to do it. There was a circle of older men that surrounded themselves around this group of kids. They all had either their own power, or connections to great power in the entertainment industry.”

Of course we all know about the disgusting pervert, Roman Polanski – the child rapist, and how Hollywood circled the wagons in an attempt to protect and defend him during his recent incarceration in Switzerland. So maybe Feldman is onto something – but since he mention no names and makes only vague assertions it is like he said nothing at all.

Feldman also goes on to complain about how his parents stole all his money, didn’t show him love, and also mentions that $1,000,000 is not much today.   One thing Feldman managed to convince me of is that I can’t stand him!