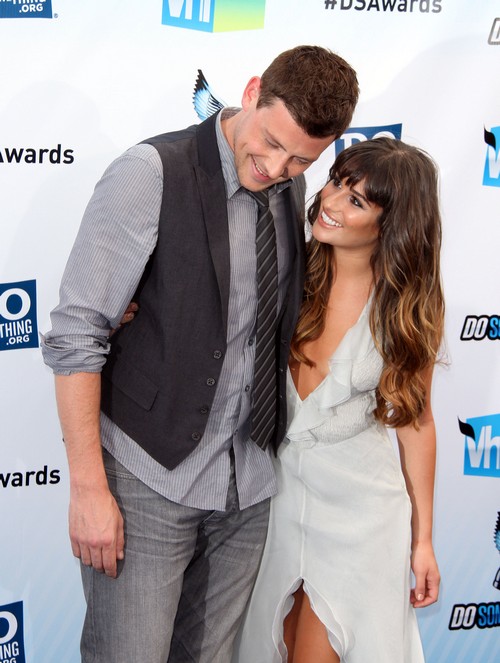 It’s now been almost three months since Cory Monteith was found dead in a hotel room in Vancouver. Since then, his friends, family, and co-workers have all had time to mourn him in their own way, although it will take them much longer to recover and get better. Glee’s production was halted for some time, but they all managed to shoot a beautiful memorial episode in tribute of Cory.

There have been questions raised by certain blogs about the legitimacy of Cory’s relationship with Lea Michele.  These sites now claim that Lea and Cory were in a producer sponsored showmance to boost ratings.  Their evidence is unnamed sources!

It was difficult for the producers of the show to deal with Cory’s death on the show, considering his character Finn was such a central part of the story. However, they eventually came to the difficult decision that they would write Finn out of the show with a death, mirroring his real life counterpart.

The episode finally aired on Thursday, but it didn’t linger on Finn’s death. There was no funeral scene, and there was obviously no body scene or anything similar. Instead, the episode dealt with the aftermath of Finn’s death on all of his friends, and I have a feeling it may have been a similar experience that the actors themselves had while filming the episode. There were fights, there were tears, and there was a devastating amount of emotion on display.

The story itself didn’t concentrate at all on drug addiction, which was a smart choice. In fact, they didn’t dramatize Finn’s death at all, and I think the way they dealt with it was the most sensitive way to deal with something like this. In the end, the episode did exactly what it was meant to – allow fans to say goodbye to an actor that they loved and admired for so many years.