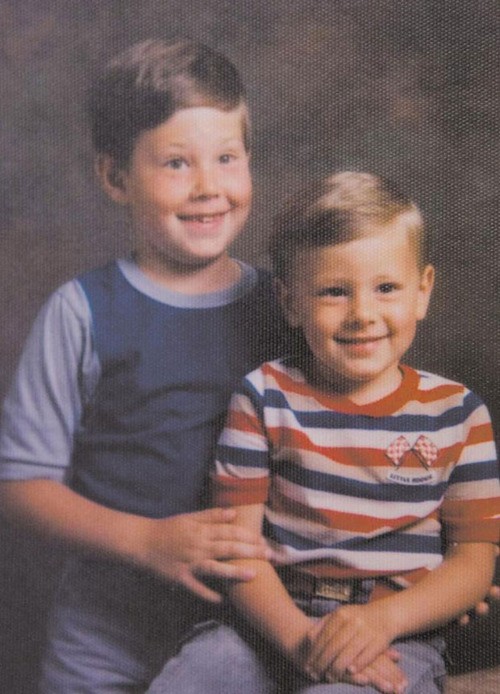 After the Vancouver police announced the death of Cory Monteith, the majority of the reactions seemed to consist of shock and grief. Nobody expected anything like this to happen to Cory, especially when you had riskier cases like Lindsay Lohan and Amanda Bynes running around. Cory had struggled with drug addiction and just come out of rehab a month ago, yes, but he genuinely seemed committed to getting better. Sadly, sometimes the addictions are just too strong to withstand.

As everyone mourns for Cory Monteith, we take a look at how the 31-year-old touched and inspired so many lives. He was a major advocate for under-aged at-risk youth, and he often spoke about his own experiences to bring light to anyone in similar situations. He was one of the best liked cast members on Glee and it seemed like anyone who ever met him loved him.

That includes Cory’s family, and his elder brother Shaun Monteith. Shaun is said to be absolutely devastated with grief over his brother’s death, and it’s reportedly been very, very tough for the family to deal with the aftermath. Since we can’t confirm that Cory’s death was because of drug use, we can’t say with accuracy that this is true – but apparently Shaun is feeling incredibly guilty about Cory’s death, and wishes that he could have done more to help Cory beat his addictions.

Considering that both Shaun, Cory’s mother, and the rest of the family have held interventions for Cory and done everything in their power to support him, I don’t think he should be beating himself up. But it’s always the hardest for the family members, and nothing anyone says is going to make the pain go away any faster.